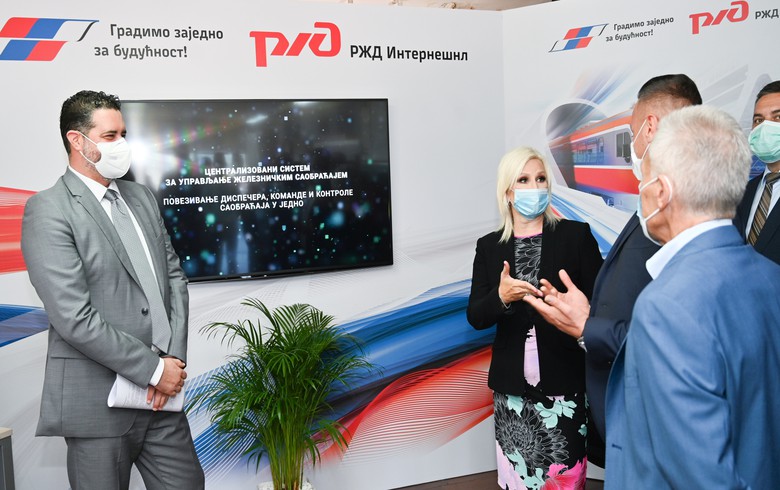 The launch of the ITTC will enable the automation of the management of Serbia's railway system and the integration of the country's infrastructure into the Trans-European Transport Corridors, RZD said in a statement.

The new control centre will be based in Belgrade, with regional units to be located in Nis, Pozega and Novi Sad.

"We are working with one of the best companies in the world, which has been active in Serbia for several years. I expect the works to start next year and to be completed three years from then," Serbian infrastructure minister Zorana Mihajlovic said on Thursday following a meeting with representatives of RZD in Belgrade.

Serbia has reconstructed 550 km of regional railways and is building a high-speed railway from Belgrade to Budapest, high-speed lines will also be built from Belgrade to Nis and from Nis to Presevo, and the country needs a secure system for monitoring the traffic, Mihajlovic said in a press release.

"The agreed value of the technical documentation is 9 million euro ($10.7 million). The works will be financed from a new Russian loan," the director of Serbian state-owned railway infrastructure company Infrastruktura Zeleznice Srbije, Nebojsa Surlan, said in the press release.

In October, Serbia's government signed a contract to receive a 172.5 million euro loan from Russia for three railway overhaul projects. The loan will be used to finance the overhaul of sections with a total length of 209.8 km of the railway line linking Belgrade to the border with Montenegro, the construction of power infrastructure at the Stara Pazova-Novi Sad stretch of the Belgrade-Budapest railway, as well as the creation of the ITTC, the infrastructure ministry said back then.