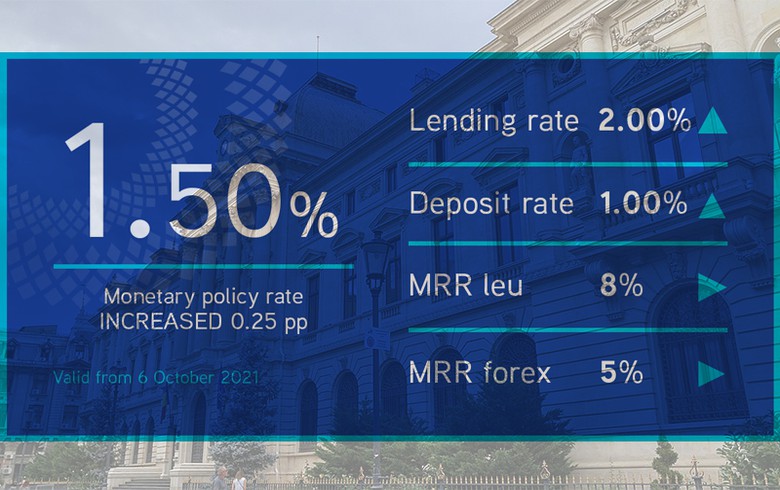 BUCHAREST (Romania), October 5 (SeeNews) - Romania's central bank said on Tuesday it will increase its monetary policy rate to 1.50% from 1.25% as of October 6 - the first rate hike since May 2018.

The central bank's current assessments indicate the annual inflation rate will rise over the short time horizon to significantly higher values than those anticipated previously, under the impact of supply-side shocks.

Determining factors for the increase are the renewed large hikes anticipated for energy prices, particularly of natural gas, owing to the surge in domestic and European wholesale prices and, to a smaller extent, in fuel prices, mainly on the back of the non-petrol-diesel component, the central bank noted.

Moreover, the fourth pandemic wave and the related restrictions pose increased uncertainties and risks to the forecasts, at least in the near run, given the quick worsening of the health situation and the very low level of vaccination on the domestic front. In BNR's view, these developments have a potential negative impact on labour market developments as well, which were obviously improving until recently.

The next monetary policy meeting of the central bank's board is scheduled for November 9.