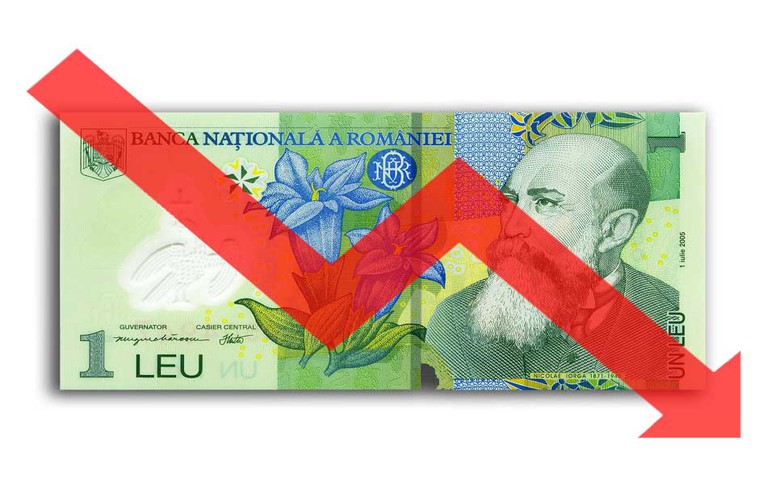 The central bank, BNR, set its reference exchange rate at 4.9495 lei per euro on Wednesday, a drop of 0.02% compared to Tuesday's value.

On Wednesday morning, the leu changed hands at between 4.9460 and 4.9520 per euro on the interbank market, according to real-time interbank forex trading data published by information portal Conso.ro.

The leu has been weakening since the beginning of September after ministers of the centre-right bloc formed by USR and PLUS parties, a junior partner in the governing coalition, resigned.

USR PLUS withdrew its support for liberal prime minister Florin Citu after he dismissed Stelian Ion, the justice minister nominated by USR PLUS, for refusing to back an emergency decree on a 50 billion lei financing scheme for development of rural areas.

On September 28, the Constitutional Court is expected to rule on the validity of a censure motion initiated by USR PLUS and opposition right-wing nationalist party AUR against the government.

The ruling is expected three days after the National Liberal Party (PNL) congress at which Citu will challenge party leader Ludovic Orban.