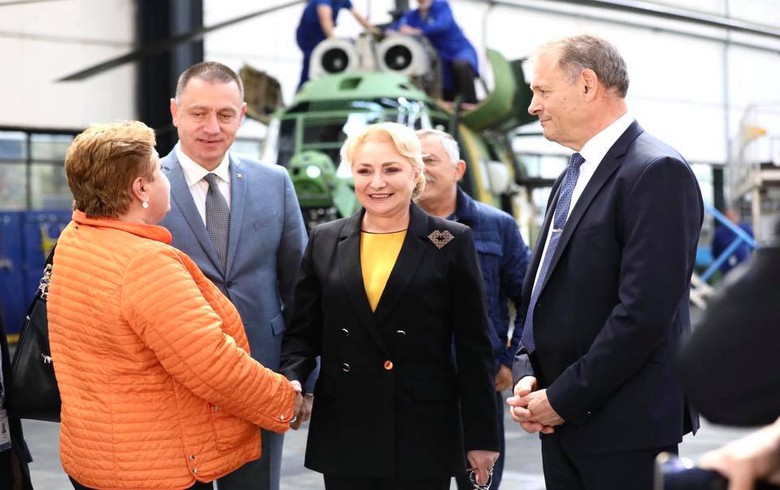 "We need Airbus to continue its projects in Romania in order to strengthen the national defence industry. I will ask the future government, which should be set up as soon as possible, to carry on with this important partnership for Romania, for Brasov county and for the communities here," Dancila wrote in a Facebook post.

On Thursday, local media reported that Airbus Helicopters has suspended the construction of its helicopter plant in Romania and may decide to move it to another country after Romanian authorities failed to make a concrete offer for the start of production.

"The investment was a winning one from many points of view (...). Unfortunately, nothing happened, so we decided to be more flexible," News.ro news agency quoted Airbus Helicopters Europe CEO, Olivier Michalon, as saying in an interview for the media outlet.

"We understand that ordering 40 or 50 helicopters involves a lot of money. So we proposed a contract of at least 16 helicopters. Our factory was to produce 15 helicopters a year. By now the helicopters would have already been manufactured. It is a chance missed by Romania. And today we decided to suspend the project," Michalon said.

According to Michalon, this is the stage before deciding to relocate the factory, although this was not his first option.

"I knew that it was going to be a success, especially because Airbus has worked with Romania for 50 years, and there are many competent people here. I wanted the factory to be developed here. But I can't force the decision makers to launch such a grand project. And if it is not a priority for the defense or space industry to develop, then I just have to respect the decision," News.ro quoted Michalon as saying.

Airbus has already invested 10 million euro ($11.1 million) in the factory located in the central city of Brasov, of a planned total of 15 million euro.

In November 2018, Romanian state-run aircraft repair and maintenance company IAR Brasov announced it has signed the final cooperation agreement with Airbus Helicopters for production of the H215M multi-role helicopter in Romania, with IAR Brasov to be the prime contractor for any further H215M order placed by the Romanian defence ministry.