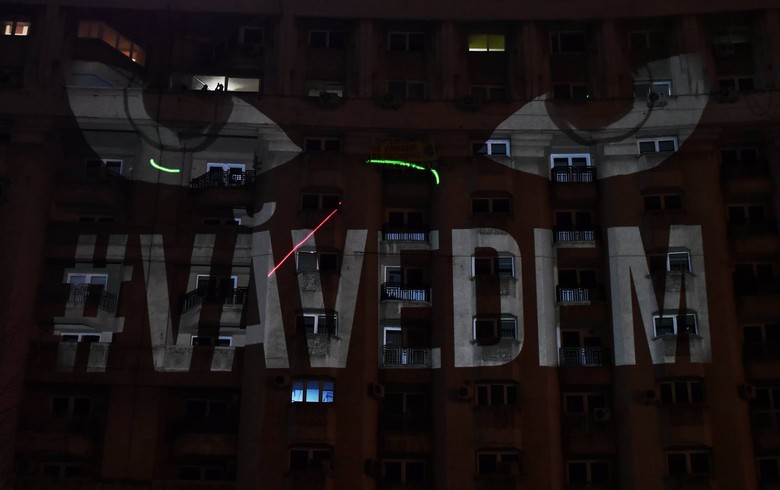 "We see you!" - projected on a building in Piata Victoriri square - a message from protesters to the Romanian government/ Source: Initiativa Romania

BUCHAREST (Romania), January 29 (SeeNews) -  Transparency International said on Tuesday that Romania has moved down two positions to the 61st spot in the organisation's Corruption Perceptions Index (CPI) ranking for 2018.

Romania achieved a score of 47 points in the 2018 survey, versus 48 in 2017, where 0 equals the highest level of perceived corruption and 100 indicates the lowest one, the anti-graft international NGO said in the survey published on its website. The survey covers 180 countries.

"While Romania and Bulgaria had been making some progress on the CPI in recent years, both witness a decline by a single point in a year that has seen a serious corruption scandal in Bulgaria, and mass anti-corruption protests in Romania," Transparency International said.

Starting 2017, when the government issued an emergency decree meant to ease penalties for corrupt officials, Romania has witnessed numerous street protests and has received multiple warnings from EU officials about the dangers of backtracking in its fight against corruption.

In addition, the organisation noted, both Romania and Bulgaria (42), which dropped one point apiece on the CPI since last year, are currently followed by the EU’s Cooperation Verification Mechanism (CVM), which monitors whether both countries are meeting the anti-corruption and judicial reform commitments they made when they became EU members. "Despite this measure, both countries have made little progress on judicial reforms and anti-corruption efforts," it added.

Bulgaria ranked lowest - 77th, among all EU member states in the survey.

The corruption watchdog calculated the CPI 2018 of Romania using 13 different data sources that capture perceptions of business people and country experts of the level of corruption in the public sector.