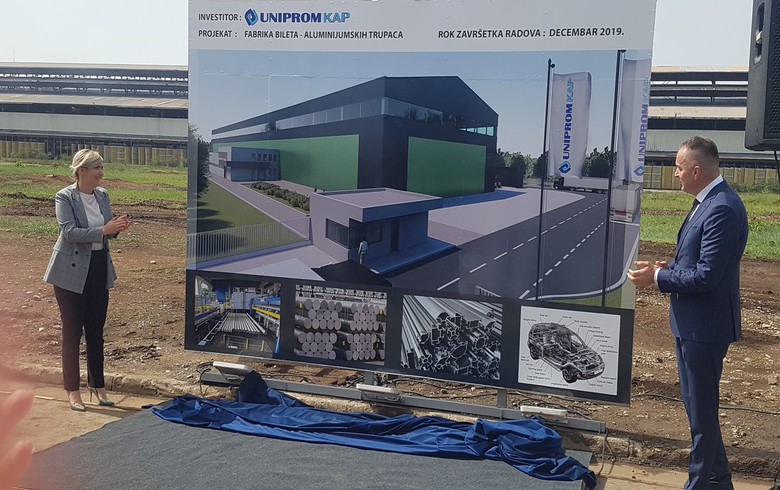 Uniprom plans to create 80 jobs at the unit and to open it in December, the economy ministry said in a statement on Wednesday.

The company also plans to open in the coming months an 11 million euro unit for production of silumin alloys with a capacity of 30,000 tonnes per year, Uniprom's owner, Veselin Pejovic, said in the statement.

"We expect these large investment to stimulate the creation of a significant number of new jobs and more investments, and in the future we see Uniprom's KAP as a very important economic entity for Montenegro," economy minister Dragica Sekulic said.

Uniprom has also installed a facility for the use of liquefied natural gas (LNG) as a raw material, replacing fuel oil and petroleum products, prime minister Dusko Markovic said during a visit to the smelter in March.