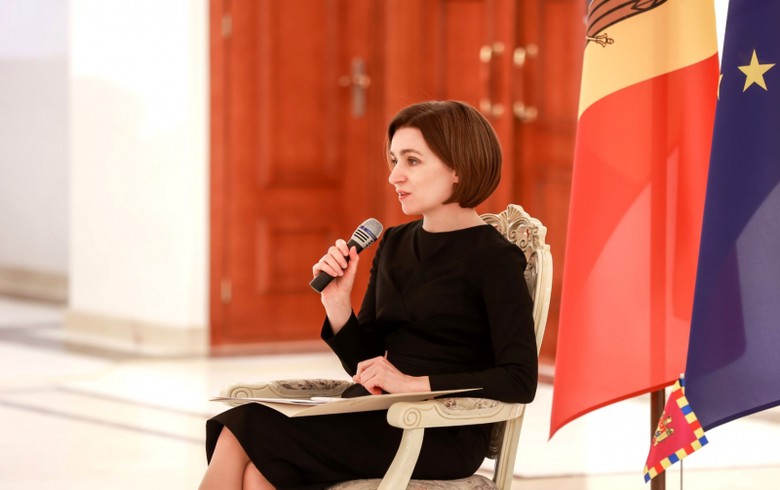 "The situation on the gas market is difficult, but today we cannot give up the purchase of gas from the Russian Federation. We are not the only country in this situation", Sandu said on Monday evening during a live-streamed news conference.

" We currently have only one gas supplier, the government is looking for alternatives, because it is not good for us to be 100% dependent on a single supplier."

According to Sandu, Moldova pays around $3-4 million (2.7-3.6 million euro) per day for Russian gas imports.

Local media quoted the CEO of utility company Moldovagaz, Vadim Cheban, as saying last month that the price of Russian gas delivered to Moldova may double month-on-month in April to some $1,000 per 1,000 cubic meters. In March, the price of Russian gas for Moldova was $547.26 per 1,000 cubic meters, according to data released by Moldovagaz at the beginning of last month.

Romanian foreign minister Bogdan Aurescu said on Monday that his country is ready to build on its territory a gas storage capacity or host gas for Moldova in order to help it reduce its dependence of Russian gas. Moldova has no gas deposits of its own and covers all of its gas needs by imports from Russia.

In March, Moldova's government applied for a $300 million loan from the European Bank for Reconstruction and Development and intends using part of the proceeds towards purchases of natural gas. In January, Moldova's parliament introduced a 60-day state of emergency after Russia's Gazprom threatened to cut natural gas supply until Moldova paid for January deliveries.

In October, Moldova's parliament introduced a 30-day state of emergency due to a shortage of natural gas supplies and because it had not managed to sign a new contract for gas deliveries with Russia's Gazprom by that time. A month later, Moldovagaz and Gazprom signed a new five-year contract for the supply and transit of natural gas, which stipulates that consumption must be paid for by the 20th of every month.