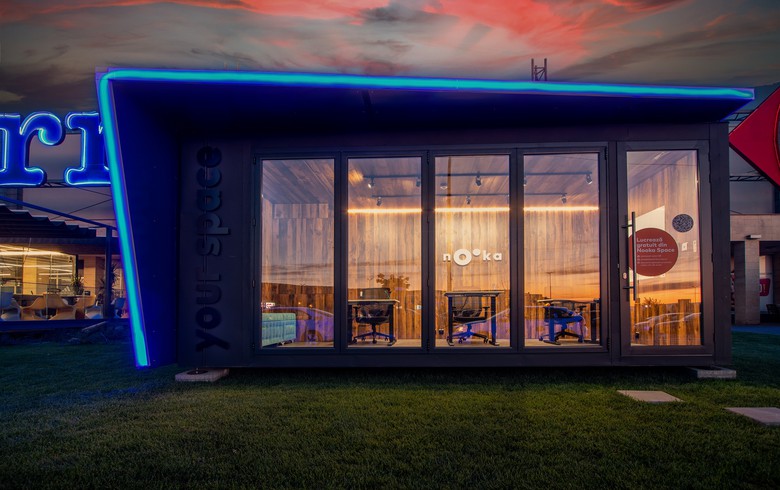 The first five such units have already been installed in the central and peripheral areas of Cluj-Napoca, Nooka Space said in a press release.

"The development of the first network of Nooka smart micro proximity offices in Cluj was somehow natural. On the one hand it is due to the logistical aspects, as here we possess the production and technology facilities and, on the other hand, to the fact that there are many people who work in remote or hybrid system and are directly interested in benefiting from such services," Nooka Space country manager Sergiu Babasan said.

"We would like to develop this network in Cluj and, as soon as possible, to replicate this model in other areas of the country," Babasan added.

The network in Cluj currently includes the offices of Nooka Iulius Park, Nooka Buna Ziua, Nooka Sala Polivalenta as well as two units located in the peripheral part of the city, where there is a high number of inhabitants, namely Nooka Vivo and Nooka Floresti.

Recently, Nooka Space concluded a strategic partnership with Floresti village, so that the first smart proximity office in the locality is made available to the inhabitants free of charge.

In Romania, Nooka smart proximity offices are available in Cluj Napoca and Bucharest. At an international level, the startup is present in Ireland, France, Italy, Belgium and Switzerland.

Nooka Space was established in Ireland in 2020.