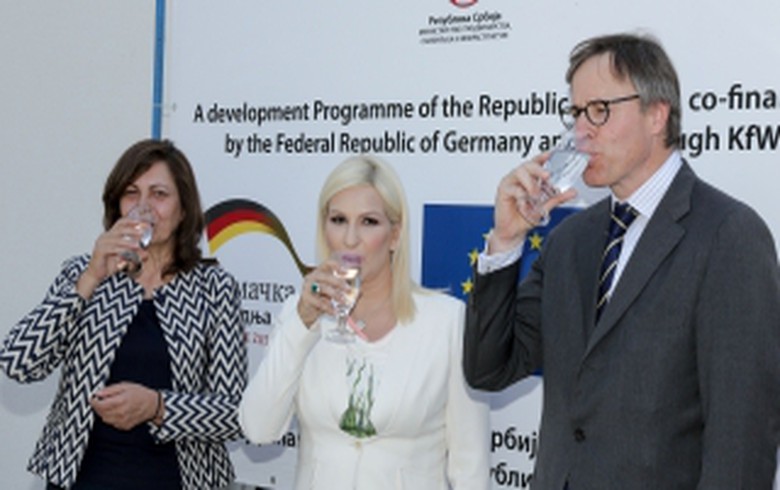 The Serbian government is currently investing some 20 million euro in the improvement of the water supply network and in the next three years, a total of 500,000 citizens will gain access to a more healthy water supply, infrastructure minister Zorana Mihajlovic said in a statement on Tuesday.

Serbia also plans to open water purification plants in Aleksinac, Pirot, Kikinda, Sombor and Vrbas in the next three years in cooperation with its partners from Germany, Mihajlovic said during the opening ceremony of the facility in Smederevo, according to the statement.

Germany has supported projects with a total value of 1.6 billion euro in Serbia since 2000, with 230 million euro of them put into the water supply sector, the German ambassador to Serbia, Axel Dittmann, said.

The total value of projects currently carried out in Serbia with the support of the German government and KfW stands at 198 million euro, with 82 million euro of them put in the water supply sector, the infrastructure ministry said.