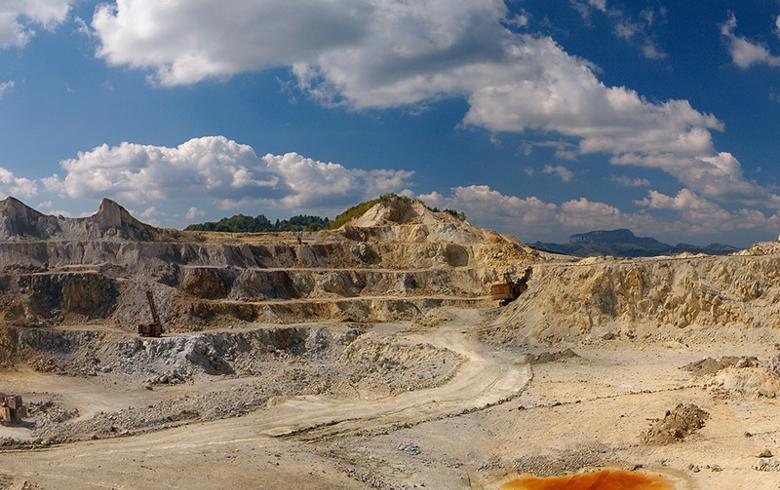 BUCHAREST (Romania), May 25 (SeeNews) - Canada's Gabriel Resources, which holds a licence for the Rosia Montana gold and silver mine in western Romania, said that it aims to raise $5.6 million (5.24 million euro) from investors, which it will use mainly to finance the costs of an arbitration claim against Romania.

"The company is progressing with its arbitration case against Romania before the World Bank’s International Centre for Settlement of Investment Disputes (ICSID) and intends to use the proceeds of the private placement to finance the costs of the ongoing ICSID Arbitration and for general working capital requirements," Gabriel Resources said in a press release on Tuesday.

In July, Gabriel Resources said that an amicable resolution of the arbitration claim against Romania is unlikely, after the Rosia Montana site received a UNESCO World Heritage status. The company has strongly urged the Romanian government not to follow through with the UNESCO application in order to preserve the possibility of an eventual amicable resolution of the ICSID arbitration dispute.

In 2017, Gabriel Resources filed a $4.4 billion arbitration claim against Romania for alleged investment treaty violations in relation to the Rosia Montana project. The company's main focus has been the exploration and development of Rosia Montana, one of the largest undeveloped gold deposits in Europe.

In August 2013, the Romanian government approved a draft law supporting the Rosia Montana gold and silver project majority owned by Gabriel Resources. That move sparked massive protests in Bucharest and other major cities as the exploitation envisages the use of cyanides to extract gold, a process that is considered potentially harmful for the environment. The Romanian parliament subsequently rejected the draft law in 2014. In 2015, the company announced it will seek international arbitration at ICSID in the hope to reach a satisfactory agreement with Romania.

Gabriel owns 80.46% of the Rosia Montana project through its local subsidiary, Rosia Montana Gold Corporation SA, while the Romanian government holds a 19.31% stake.