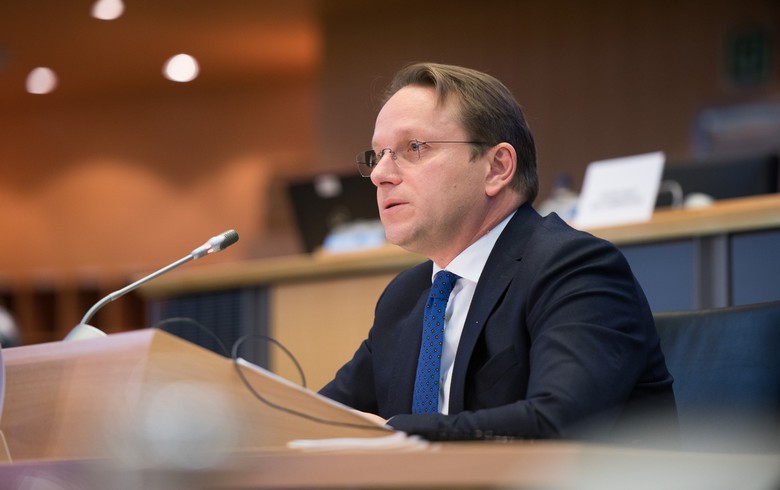 PODGORICA (Montenegro), April 19 (SeeNews) - The European Commission is cooperating with Montenegro to ensure the sustainability of the country's public debt and eliminate risks of past arrangements, neighbourhood and enlargement commissioner Oliver Varhelyi said.

"We are exploring options with Montenegro's government and our partners to find workable solutions for country’s investment projects, to ensure sustainability of its public debt, eliminate risks of past arrangements, respecting EU policy and financial rules," Varhelyi said in his Twitter profile on Friday.

Last month, Montenegro's deputy prime minister Dritan Abazovic called on the EU to help his country repay a 1 billion euro ($1.2 billion) loan taken out from the Export-Import Bank of China (Exim Bank) in a step intended to curb Chinese influence. "I am asking you to help us replace the credit with [a loan from] some European bank," Abazovic said.

EU spokesman Peter Stano said last week the bloc will not pay off Montenegro's debts to third parties, but has concerns over the social, economic and financial effects of some of China's investments.

The stance of Brussels drew fire from the EU rapporteur for Kosovo, Viola von Cramon-Taubadel, who said the decision to deny support to Montenegro in the repayment of the debt does not look smart from a strategic point of view, as the country's new government needs to clean up also the financial heritage of leaders such as Milo Djukanovic.

In 2014, Montenegro signed an agreement to take out a $944 million loan from China's Exim Bank at an annual interest rate of 2% and with a six-year grace period for the construction of a motorway that would link the port of Bar to the border with Serbia. "The credit represents one-third of our debt," Abazovic told the EU Committee on Foreign Affairs in the European Parliament in March.

Montenegro's government plans to repay the first tranche of the loan from its budget in 2021, former finance minister Darko Radunovic said in 2019.