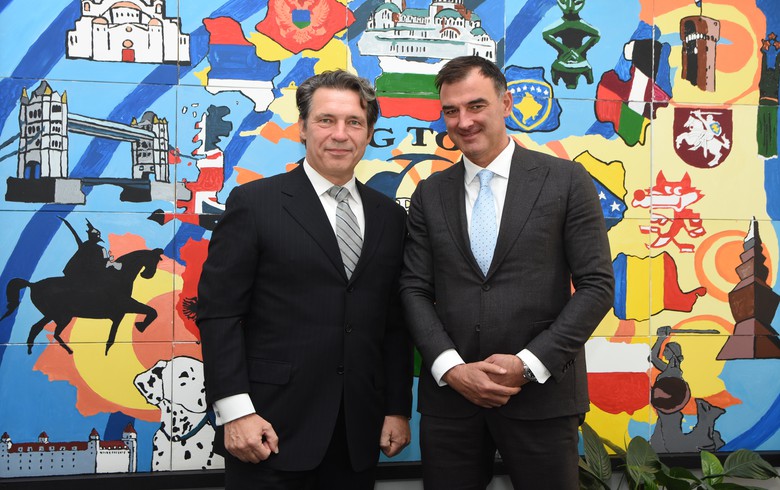 SOFIA (Bulgaria), October 5 (SeeNews) - The European Bank for Reconstruction and Development (EBRD) said on Tuesday that it signed an agreement to acquire a minority stake in Bulgaria’s Euroins Insurance Group (EIG), by investing 30 million euro ($34.8 million) through a capital increase.

Under the agreement, Еurohold is providing a further equity injection of up to 12 million euro in its subsidiary, EBRD said in a statement.

The funds will be used for the development and growth of the largest insurance entity within the group, Euroins Romania Asigurare Reasigurare. The financing will also support the group’s operations and growth in Georgia, Greece, North Macedonia, Poland and Ukraine, the EBRD added.

"The participation of the bank will further strengthen EIG’s solvency position and support its growth in markets where both EIG and the EBRD have been focusing. The investment comes at an important moment for EIG’s largest company, Euroins Romania. It marks a strategic milestone in the capitalisation of our Romanian subsidiary, in which EIG has invested more than 300 million lei ($70.3 million/60.6 million euro) in the past 12 months. Euroins Romania will therefore be able to look ahead as a well-capitalised, innovative, client-oriented and diversified insurer on the challenging local market," Kiril Boshov, EIG's CEO and chairman of Еurohold’s management board, said in the statement.

"This EBRD investment will play a key role in stabilising the insurance sector, while providing comfort to customers, regulators and suppliers," Anca Ioana Ionescu, EBRD director for Bulgaria, said in the statement.

According to information published on the company's website, EIG is one of the largest independent groups operating in the Central and Southeast European insurance markets. The company is focused on providing a full range of insurance products in the areas of general, health and life insurance. The Sofia-based group operates in 14 European countries and has more than 10% market share in Bulgaria, Romania and North Macedonia.

In June, the EBRD said that it will extend up to 60 million euro in a senior loan to Eastern European Electric Company B.V. - a fully owned subsidiary of Eurohold Bulgaria, to finance Eurohold's acquisition of the electricity assets of Czech energy group CEZ in Bulgaria as well as the 2022-2024 digitalisation and distribution network upgrade programme of power grid operator CEZ Distribution Bulgaria [BUL:CZD], which is part of those assets.

Euroins Romania Asigurare Reasigurare SA is among the biggest insurers in SEE, for more reference take a look at Top 100 insurers