Doom and gloom? The first 100 days of Montenegro’s government and beyond - Vienneast Compass 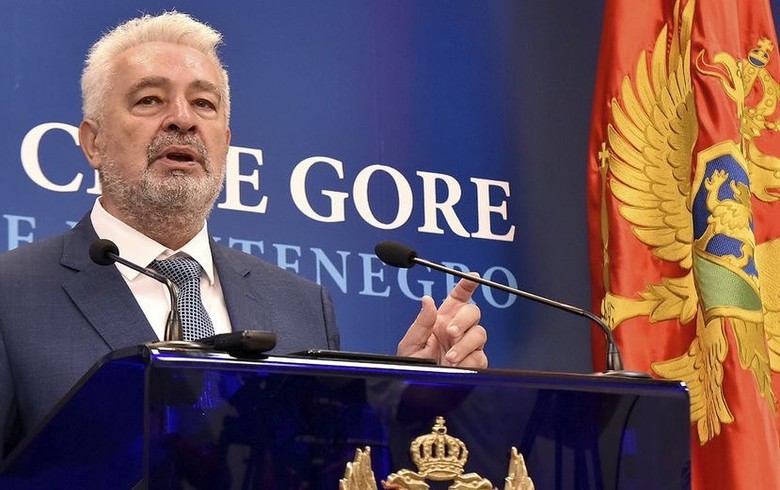 Source: For the Future of Montenegro

The August 2020 elections ended the Democratic Party of Socialists' ('DPS') three-decade rule, bringing into power a new diverse coalition of parties with a slimparliamentary majority. These include the Serb nationalist alliance For the Future of Montenegro (‘ZBCG’), the liberal United Reform Action (‘URA’) and the centrist Peace is Our Nation (‘MNN’).

The Krivokapic government, which is comprised mostly of technocrats belonging to or with close ties with the Serbian Orthodox Church, was formed with the express purpose of dismantling the hegemony of DPS, which had designed and captured most of the country’s institutional apparatus. This was always likely to be a tall order, given its one-seat majority in parliament and DPS leader Milo Djukanovic’s continued occupancy of the presidency – which, although limited in power, is an office that is nonetheless highly influential.

Subsequent developments have reinforced the likelihood that the Krivokapic government will struggle to survive, let alone fulfil its mandate. The overarching reason is that the coordination between and within the government and its ruling majority is deficient. This is impacting its strategic direction, as evidenced by confused communications, hasty decision-making and government instability.

The lack of a clear strategic direction was evident even before the formation of the government. Initially, the ruling majority had planned to form an interim administration that would conduct electoral reform with a view to holding fresh polls that were transparent and fair. But thereafter, Krivokapic said that the government would aim to serve its full four-year mandate.

As such, the government can only do so much. In some areas, it has already acted, including by replacing the directors of police and the Agency for National Security (‘ANB’), respectively, as well as the board of the state-owned power utility (‘EPCG’). But DPS has made personnel replacements as difficult as possible, having used the post-election period to designate political appointees in the ministries and other state agencies as civil servants. Endowed with long-term contracts, the employment of these personnel is costly to terminate, even as they undermine government effectiveness.

Elsewhere, factions within the ruling majority have advocated irregular tactics in order to circumvent legislative obstacles. For example, the ZBCG-aligned Democratic Front (‘DF’) has lobbied for the dismissal of the DPS-appointed Special State Prosecutor – a controversial figure against whom it has a revanchist agenda – through the approval of a law that would re-establish the office altogether.

The government itself has resisted acting on this demand, not least because it is opposed by the European Union, which had originally sponsored the establishment of the Special State Prosecutor’s Office. Yet it demonstrates the extent to which the government faces internal opposition within its own coalition. The DF is the largest single faction, commanding 19 seats. It has already conditioned its support for the annual budget on the re-establishment of the Special Prosecutor’s Office, which despite proving to be a bluff, could theoretically have led to the government’s collapse.

More likely, DF is seeking leverage over the government, as it was unhappy with the appointment of technocrats to the cabinet and would like its own representation. It has its own (geo)political agenda and is closely aligned with Serbian President Aleksandar Vucic, with whom Krivokapic and his centrist allies have far cooler relations. They are pro-Serb, with Krivokapic in particular using the Serbian Orthodox Church as a crutch in the absence of any institutional support – but they are not pro-Belgrade.

This internal opposition combined with the obstacles posed by DPS appointees is compounding the institutional inexperience of the government, as well as its lack of strategic direction. Muddled communications between ministries, let alone the government and parliament, are endemic. Policymaking is confused as a result.

This was evident in the government’s approach to the heavily indebted national flag carrier, Montenegro Airlines. Rather than develop an economic solution to its air connections, the government rushed through a new airline, 2 Montenegro, without conducting the proper public consultations.

A sharp increase in non-performing loans is offset by solid coverage, but deeper reform of the banking sector is prevented by the controversial governor of the central bank, whose office is determined by a close ally; namely, President Djukanovic himself. The central bank has acted under the pressure of the European Central Bank and International Monetary Fund to shut down pocket banks in the last years, but the banking sector remains systematically compromised due to political obstacles. For example, Prva Banka, which is one of the banks most in need of recapitalisation, is owned by President Djukanovic’s brother and was previously managed by the aforementioned governor.

Institutional reform that has qualitative implications for domestic bank owners can only follow from the ongoing Asset Quality Review, which is being supervised by the IMF.

But even with international pressure, this has already proven to be a process that is challenging owing to its political sensitivity.

At the same time, the state budget is severely compromised, with the S&P forecasting that GDP contracted by 15.5% in 2020 while the public debt to GDP ratio rose to 105% (EUR 4.4 billion) according to the Ministry of Finance. This is partly due to economic dependence on the tourism sector, which accounts for 30% of GDP and collapsed by 80% in 2020.

Equally, it is a consequence of the past mismanagement of infrastructure projects. Chinese financing of the Bar-Boljare highway project has left Beijing holding some 25% of the public debt. And the costs have already risen from EUR 800 million to EUR 1.3 billion due to extensions of project deadlines. For now, the government has made up 2021 budgetary shortfalls by issuing a Eurobond worth EUR 750 million, but this is merely a stopgap solution to ensure basic payment obligations are met.

If the pandemic situation improves, tourism revenues should rebound. Yet, with vaccination lagging, the aforementioned structural pressures will worsen as the crisis draws out. Montenegro has limited policy options with which to respond, not least because its use of the euro prevents the central bank from using monetary policy to offset fiscal constraints. Given that it adopted the euro unilaterally, it also may not benefit from the European Central Bank’s quantitative easing programmes.

Tax rises will not suffice, assuming they were politically possible. Therefore, there is an elevated likelihood that the public debt will need restructuring, with haircuts for bondholders. If that cannot be achieved, a sovereign default may come to be seen as the lesser evil.

Structural challenges are also to be found in the energy sector. In February, the Energy Community Secretariat launched infringement proceedings against Montenegro over its failure to close the Pljevlja coal-fired power plant. Its status is in limbo as the previous DPS government had agreed to an ecological conversion worth EUR 54 million as part of a joint venture between President Djukanovic’s son and China’s Dongfang Electronic Corporation. The Kripokavic government must thus renegotiate the venture with the Chinese, while also allaying concerns in the Energy Community and EU.

Yet for all of the challenges that the government faces, the electorate appear to be granting it the benefit of the doubt. In local elections in Djukanovic’s hometown of Niksic in March, the ruling coalition won a combined majority, while DPS failed to increase its vote share compared with the national election. Other tests are also likely to help. In May, local elections will be held in Herceg Novi, a traditionally pro-Serb constituency, where DPS are likely to perform even worse.

Furthermore, Krivokapic, with the continued backing of the Serbian Orthodox Church, is seeking to reinforce the position of the government by forming his own party ahead of the Herceg Novi election. This will increase the government’s breathing space, at least in the short-term.

Support from the US and EU, which was not immediately forthcoming after the 2020 election, is also a positive indicator. Yet it is tentative, as parties such as DF have long been suspected as Russian proxies. The government will thus need to maintain the confidence of its international patrons, especially on national security. There is plenty that can go wrong here, as ongoing events bear out: in March, the director of the ANB –mistakenly or otherwise – leaked the identities of the resident representatives of NATO. Political, geopolitical, macroeconomic, fiscal and institutional variables thereby combine into a risk outlook in which government instability is high. This will remain the case throughout 2021 and likely for the duration of the current legislative term.

The fate of the Krivokapic government is of particular interest because it is one of the few instances in Southeastern Europe of an opposition alliance unseating an authoritarian incumbent. It highlights the difficulty in governing effectively when the ruling majority is politically fragmented and institutionally inexperienced – including when the former hegemon is in disarray. There are lessons in this for political parties, both ruling and opposition, in Southeastern Europe as well as beyond.

Marcus How is the Head of Research & Analysis at ViennEast Consulting, a Vienna-based investment risk advisory specialized in CESEE.