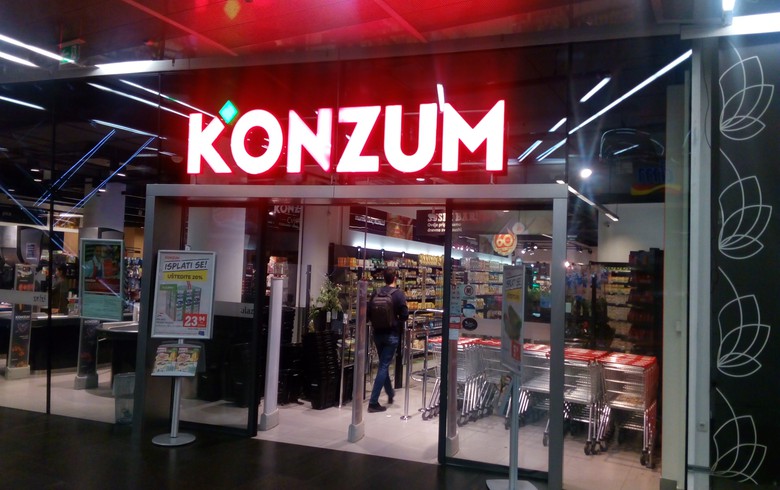 "The objective of such merger is to additionally strengthen the Fortenova Group wholesale segment, with the largest wholesale in Croatia operating under the wing of Konzum, Croatia's largest retail company," Fortenova said in a statement on Thursday.

Via the merger, Konzum will generate an additional revenue of 1.0 billion kuna ($149 million/134 million euro), its network will expand to include Velpro's 16 whole centres across Croatia, while 800 Velpro employees will join its team, raising the number of its workers to 11,000, Konzum CEO Slavko Ledic said in the statement.

Velpro already operated under the wing of Konzum prior to its spin off into a separate company at the end of 2015.

With the new synergy, Fortenova also targets to optimise assortment to meet customer needs in all sales channels, as well as to have stable coverage and supply on the domestic market, particularly during the tourist season, the statement said.

"At the same time, given that this is a merger process, the new company shall assume the obligations from all existing contracts and agreed distribution terms, which also applies to public procurement contracts," the statement added.

According to data of the Croatian competition agency, AZTN, Konzum remained the largest retailer in Croatia in terms of market share in 2018, followed by the local units of two members of Germany’s Schwarz Group - Lidl and Kaufland.

Konzum operated from 623 retail outlets in 2018, somewhat less than a year earlier, but remained at the top with market share of 30-40%, AZTN has said.

Konzum d.d. is among the biggest companies in SEE, for more reference take a look at Top 100 companies
Share this story
Facebook Twitter Linkedin Email
SeeNews in Brief