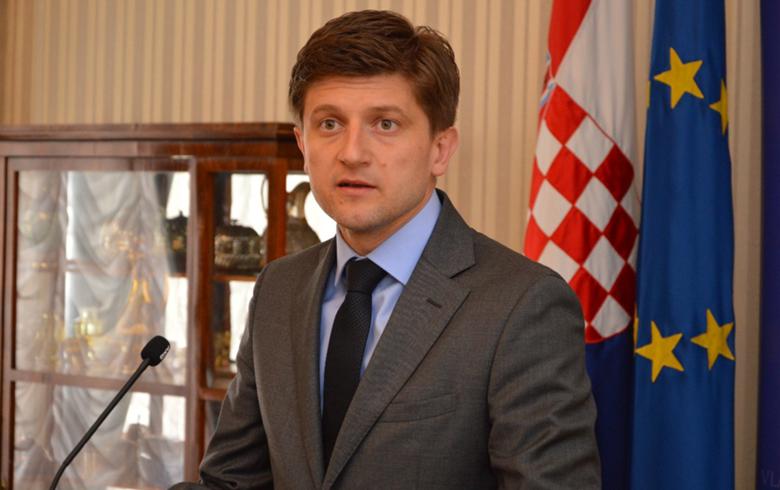 ZAGREB (Croatia), July 15 (SeeNews) - Croatia could join the eurozone at the beginning of 2024, after sending earlier this month a letter of intent to join the European Exchange Rate Mechanism II (ERM II), the first formal step towards adopting the euro, finance minister Zdravko Maric said.

"In this letter we have committed to the implementation of 19 measures. We are aware these are the measures we need to undertake in order to strengthen and speed up economic growth," Maric told TV programme RTL Danas over the weekend, as quoted in a government press release.

Asked whether it would be possible for Croatian citizens to start paying in euro as of January 1, 2024, Maric said it is difficult to speak about deadlines, adding the first phase of the euro adoption will depend on Croatia.

He pointed out that the mandatory stay in ERM II for testing the state of the domestic economy is minimum two years.

"When we translate this into time frames, the year you are mentioning is realistic," Maric said. "The better we carry out the preparations, the better the positive effects of adopting the euro on the Croatian economy and citizens will be."

Croatia sent its letter of intent to join ERM II in early July, hoping to join the mechanism in about a year.

Back in May, Croatia also formally requested the establishment of close cooperation with the European Central Bank (ECB) on the oversight of the country's banks under the Single Supervisory Mechanism (SSM). Establishing close cooperation on the supervision of banks is part of the steps the country needs to make on the path to ERM II entry.

Croatia has said it aims to simultaneously enter into close cooperation with ECB and into ERM II.

ERM II ensures that exchange rate fluctuations between the euro and other EU currencies do not disrupt economic stability within the single market. It also helps non euro-area countries to prepare for joining the euro area.

The SSM aims to ensure the safety and soundness of the European banking system, to increase its financial integration and stability, as well as to ensure consistent supervision.