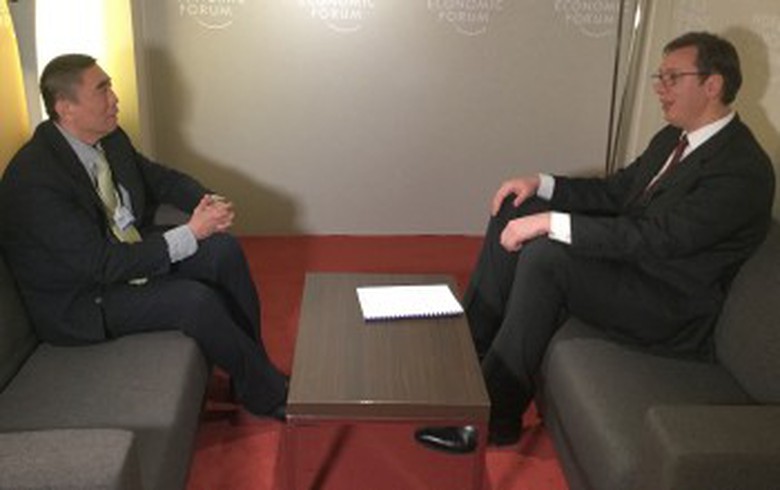 Serbian prime minister Aleksandar Vucic met the president of Poly Group, Xu Niansha, on the sidelines of the World Economic Forum in Davos, the government added.

Poly Group is an important partner of Serbia, and it is necessary to continue talks on joint research and development projects, Vucic noted, according to the statement.

The Chinese company is one of the central enterprises under the supervision and management of the country's State-owned Assets Supervision and Administration Commission (SASAC). Headquartered in Beijing, Poly Group has more than 600 subsidiaries and some 60,000 employees. Four of those subsidiaries are listed on the Shanghai Stock Exchange, namely Poly Real Estate, Poly Property Group, Poly Culture Group, and Guizhou Jiulian Industrial Explosive Materials Development.