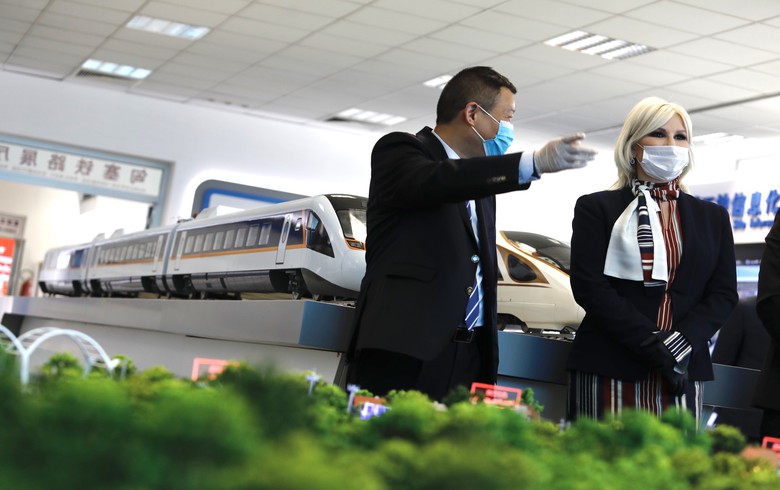 "Today, 1,533 people are working on the Belgrade-Stara Pazova and Stara Pazova-Novi Sad sections. In July, the right track of the section to Stara Pazova will be completed, and the whole section will be ready by the end of the year," Mihajlovic said in a statement by the infrastructure ministry on Tuesday.

The overhaul of the 34.5 km Belgrade-Stara Pazova section of the railway was launched in November 2017. Back then, the Serbian government said  it plans to invest $350.1 million (323.7 million euro) in the project.

"At the end of August next year, we will travel from Belgrade to Novi Sad by train at 200 km per hour," Mihajlovic said during a meeting in Belgrade with Hu Xiaojun, the general manager of the Serbian unit of China Railway, the parent of CRI.