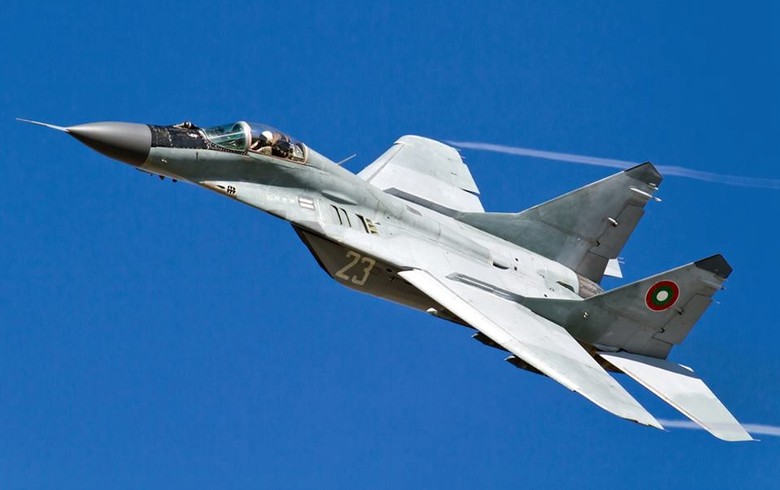 The deal, signed on December 11, 2019, envisages the extension of the engines' time between overhauls (TBO) by 50 flight hours, the defence ministry said in a notice.

The project will allow Bulgaria to fulfil its Air Policing duties within NATO.

This is the fourth contarct under a four-year framework agreement for the maintenance of MiG-29 fighter jets worth up to 21 million euro signed with Russian Aircraft Corporation MiG in March 2018, the ministry said. The agreement envisages integrated logistics support of 15 fighter jets of the Bulgarian Air Force - 12 MiG-29A and three MiG-29UB trainers - for a total of 1,450 flight hours per year.

In December, Bulgaria's government said that it has approved the defence ministry's intention to increase its expenditure in 2019 by 16 million levs to ensure the overhaul of the country's aging fleet of Russian-made MiG-29s.

The Bulgarian Air Force currently has 19 MiG-29 fighter jets, of which 15 will be maintained airworthy by 2029 under a contract signed with their manufacturer Russian Aircraft Corporation MiG, according to the notice.

In 2019, Bulgaria paid $1.2 billion for the delivery of eight F-16 Block 70 fighter jets along with the related equipment and weapons from the U.S. The deal envisages the delivery of six single-seat F-16 jets and two two-seat aircraft used for training, as well as supply of weapons for the jets, Sidewinder AIM 9Х Block II missiles, and a multifunctional information distribution system joint tactical radio system (MIDS JTRS).

The first F-16 fighter jets are expected to be delivered to Bulgaria by the end of 2022.