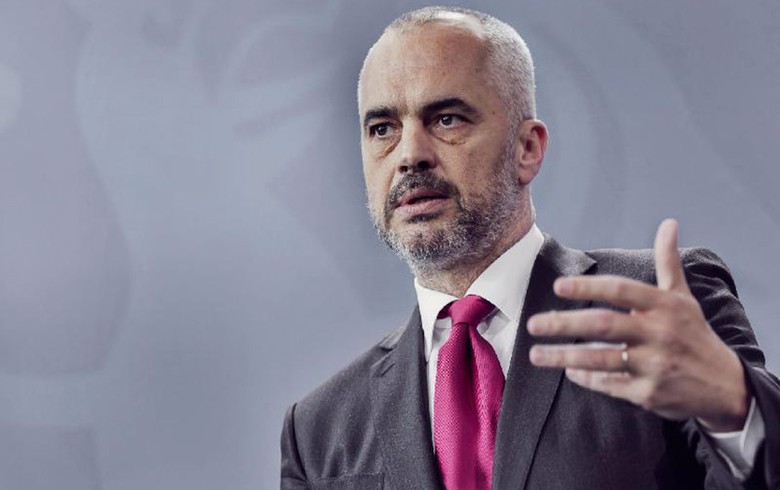 On 25 April, Albania held elections for its unicameral chamber of parliament, which is comprised of 140 seats. The breakdown of the vote for the parties that secured representation is as follows:

The result reinforces the position of Prime Minister Edi Rama’s government, which won its third consecutive term while also safeguarding the absolute majority it secured in 2017. This is likely to be strengthened further by PSD, which won two additional seats, but whose US-blacklisted leader Tom Doshi immediately resigned his mandate in order to facilitate cooperation with PS.

Meanwhile, the two main opposition blocs underperformed: although Lulzim Basha’s PD secured 13 additional seats, these were at the expense of President Ilir Meta’s LSI, with which PD was to ally in order to form a ruling majority that could oust PS. Nonetheless, PD has consolidated its position as the only opposition party that is electorally competitive.

More generally, the result marks a return to the two-party landscape that has been the norm in Albania since 1989. Yet this is not an indicator of political stability, reflecting that Albanian elections are still effectively fought by two competing clientelisms.

After the 2013 election, PS formed a governing coalition with LSI, thereby removing PD from office, which it had occupied for eight years. Under Edi Rama’s leadership, PS simulated a transformation from the post-communist successor of the Party of Labour of Albania to a modern centre-left force with a progressive agenda. Moving towards membership of the European Union was a key aspiration, with the institutional and liberalising reforms that would entail. Constitutional reforms, including of the justice system, were accordingly enacted.

The efforts of the Rama government paid off, with formal negotiations for EU accession being greenlit in 2020 despite ongoing delays owing to the scepticism of some member states such as the Netherlands over the rule of law. Such concerns are undoubtedly cynically motivated, as member states posture for domestic audiences; but they are not without justification.

Imitation and simulation: a new system

Indeed, similar to some of its regional peers in Central Eastern and Southeastern Europe (CESEE), Albania has shifted towards an institutional model that imitates European standards on paper while simulating the practices, belying the
centralisation of power for the benefit of vested private interests. This does not necessarily manifest in a clear-cut way. Many of the reforms passed by the Rama government are positive; but they have been either accompanied by amendments or provide for loopholes that may be exploited.

The election serves as a case study in this respect. The poll was organised according to a new electoral law, establishing on a district basis partly open lists from which voters may choose preferred candidates. The minimum threshold for parliamentary representation was lowered from 3% regionally to 1% nationally, theoretically facilitating greater pluralism. Such EU-brokered reforms were to restore faith in the integrity of the electoral system, incentivising the return of PD and LSI to parliament, which they had boycotted in 2019.

It is unclear if the opposition will accept the result, but the conclusion of the OSCE and Council of Europe was that the election had been free in addition to well- organised. However, it did not spare criticism of the low-quality discourse, aggressive rhetoric and vote-buying – as well as the structural advantages enjoyed by PS.

Indeed, amendments sponsored by PS – the passage of which the Council of Europe’s Venice Commission criticised as “extremely hasty” – limited the formation of pre-electoral coalitions to single rather than joint lists, thereby forcing parties seeking alliances into the politically complicated position of accepting parity with one another. Although not a fundamental change, it granted PS a marginal advantage, while inhibiting smaller parties as well as the PD/LSI alliance.

PS has snowballed such marginal advantages, many of them illiberal in flavour. For example, PS benefitted from state resources, with leaks of a database revealing that thousands of party functionaries monitor voters, noting their workplace and political preferences. And although an “anti-defamation” law targeting online articles is currently on ice, media commentary was broadly uncritical, reflecting circumspect editorial policy. Large parties are also favoured by the regulations on media coverage of election campaigns.

More generally, sometimes by accident, sometimes by design, PS has been able to benefit from Albania’s structurally weak checks and balances. Due to the boycott by PD and LSI of the electoral system, PS won control of virtually all municipal councils in the 2019 local elections – which, given that parliament is not offset by an upper chamber and also elects the president, neutralised a structural (if admittedly ineffective) safeguard.

In re-establishing the brittle bipolarity of the Albanian political landscape, the same institutional practices are very likely to continue through the new legislative term.

They also manifest in the economy to the extent that they effectively formed the central plank of the PS campaign: namely, the development of infrastructure, including two new airports and two ports by 2025, as well as a railway line between Tirana and Durres, and improved road connectivity both domestically and across borders.

PS has relied on public-private partnerships (PPPs) and concessions for such projects, in addition to offering bonuses of up to 10% for unsolicited bids. The conditions governing the projects are typically passed via special laws, preventing effective scrutiny: for example, the law on the construction of Vlora airport was passed within 13 days of its drafting, indicating insufficient consultations.

Other examples of non-competitive tendering include the Milot-Balldre highway, which is set to be one of the most expensive road constructions per kilometre in Europe, as well as the Rruga e Arbit highway. Besides transportation, other sectors in which such practices are endemic are energy, defence, healthcare and waste management. This impacts the commercial viability of projects, with the fallout costs ultimately being borne by the state budget.

Such clientelism forms a major part of the political economy in Albania, and is served by inadequate judicial control, tailormade laws and opaque tendering. These practices have thus far survived – or even evolved on the back of – EU-mandated reforms that have been enacted. The vetting of judges that began in 2016 has been key in this regard, generating a large backlog of cases on every level of the courts system – from criminal to constitutional matters.

Transparency International (TI) and the Institute for Democracy and Mediation (IDM) described this state of institutional capture in a report released in March. Such practices are not the sole domain of PS. TI/IDM noted that attempts at state capture through centralised corruption began during the 2005-2013 tenure of PD, with some major outstanding criminal cases originating from that time.

In this sense, the anticorruption platform on which Lulzim Basha campaigned was unconvincing – not least because he was a protégé of PD grandee and erstwhile prime minister Sali Berisha, variously leading the foreign, interior and public works ministries. President Ilir Meta – whose LSI is effectively a personalist vehicle – has struck a similar tone, despite having resigned as deputy prime minister in 2012 on corruption charges of which he was controversially cleared.

The election has upheld the status quo but the political consensus is fragile. The campaign was characterised by high levels of polarisation that resulted in isolated instances of politically motivated violence, one of them fatal. Lulzim Basha previously suggested that PD may not accept defeat. Although at the time of writing, Basha had agreed to dialogue with Prime Minister Rama, there is a considerable likelihood that PD will opt to continue its boycott of parliament and mobilise protests. Violence of the kind Albania experienced during its civil conflict in 1997 is high unlikely, but disengagement from key institutions, if sustained, is likely to have a destabilising impact.

Nonetheless, the Rama government is likely to muddle through. Foreign investors appear to be able to coexist with clientelist schemes: between 2008-2019, when these practices began to flourish, inflows of foreign direct investment (FDI) grew by an average of some USD 1.1 billion per annum compared with USD 200 millionover the 1996-2007 period. Inward stocks of FDI likewise amount to USD 8.8 billion as of 2019, up from USD 3.2 billion in 2010. Albania lags its regional peer Serbia, but its FDI performance is reasonable and is driving development.

Structural issues such as secular demographic decline weigh on the longer-term outlook. Where Serbia, Montenegro and North Macedonia have experienced some slowing in “brain drain,” Albania’s continues unabated, with highly educated workers accounting for 40% of total net emigrants between 2012-2019. And amid a subdued regional recovery from the economic impact of the COVID-19 pandemic, muddling through will be insufficient.

Marcus How is the Head of Research & Analysis at ViennEast Consulting, a Vienna-based investment risk advisory specialized in CESEE.