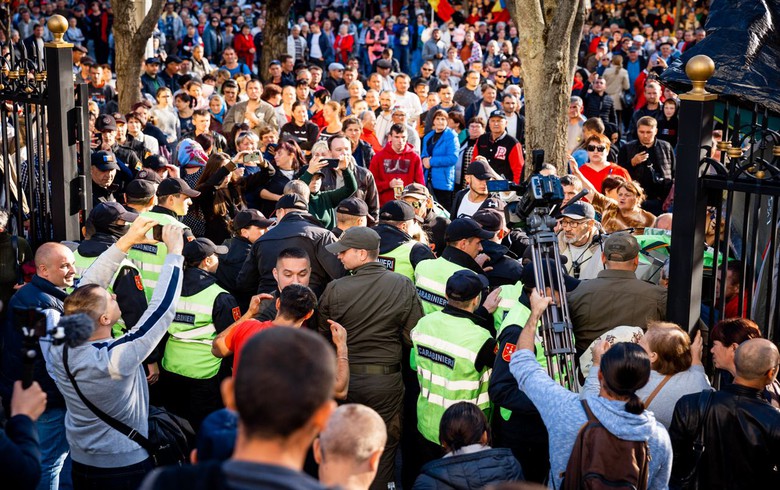 CHISINAU (Moldova), September 26 (SeeNews) - Thousands of Moldovans gathered in the capital Chisinau for a second straight Sunday to demand the resignation of the pro-EU president and government in a rally led by pro-Russian opposition party Sor.

Participants in the rally urged president Maia Sandu and the government led by prime minister Natalia Gavrilita to step down and tried to install tents in front of the government building, according to to live-streamed images broadcast by local TV stations on Sunday.

According to a press release issued by the Moldovan police on Sunday, some 6,000 people took part in the rally. However, Sor claim there were over 45,000 people at the protest event.

Protesters are unhappy about the way the government negotiated the price of gas deliveries with Russia's Gazprom, with measures taken to protect the population from soaring inflation and other negative effects of the war in Ukraine, according to a manifest published on SOR Party's website.

On Friday, Moldova's gas regulator ANRE announced it is raising gas prices for households by 28.7% to reflect the increasing cost of energy since the beginning of the Russian war on Ukraine.

Moldova's consumer prices rose to a new 23-year high of 34.29% year-on-year in August, compared to 33.55% in the previous month, according to the latest data from the statistical office. The country's economy contracted by an annual 0.6% in real adjusted terms in the second quarter of 2022 due to poor performance of the construction, manufacturing and real estate sectors, the statistical office said.

In August, Moldova's government revised its 2022 economic growth forecast to zero from 0.3% to reflect the spill-over effects on the economy of the war in Ukraine and the strong rise in energy prices.

Sor Party is led by MP and businessman Ilan Sor, who is also a former mayor of Orhei city. Sor was sentenced in 2017 to seven and a half years in prison for banking fraud and money laundering. The sentence was appealed and a higher court ruling is expected, according to data from Moldova's public judicial repository.

Pro-European Action and Solidarity Party (PAS) backed by president Sandu won the general elections in July 2021 and holds 63 out of 101 seats in parliament. PAS is followed by the electoral bloc comprising the pro-Russian Socialist Party (PSRM) led by former president Igor Dodon and the Communist Party led by Vladimir Voronin, which has 32 seats. Sor Party holds 6 seats.