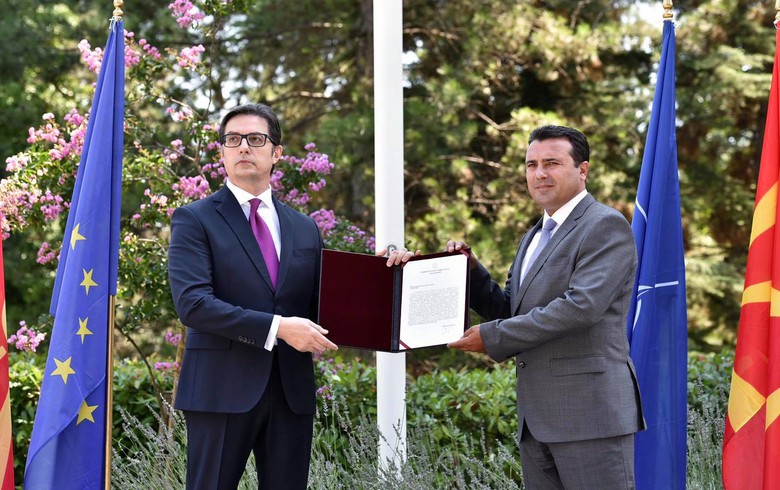 "From this moment on, within 20 days, we have the task to prepare a proposal for a programme and cabinet that the democratic majority in the assembly will vote on and thus entrust a full four-year term to a stable government ready to work, serve, and which will take care of all citizens equally, free from any ethnic prejudice or any nationalism," Zaev said during the ceremony streamed by local media service A1 On.

Mozeme, a coalition led by SDSM, won 46 of 120 seats in the parliament in the July 15 parliamentary elections, followed by a coalition led by main opposition VMRO-DPMNE party with 44 seats, according to the official results published by the State Election Commission (SEC).

To form a government, Zaev needs the support of at least 61 members of parliament.

Zaev told journalists after the ceremony on Thursday that negotiations for the formation of the new government are underway with the Albanian Democratic Union of Integration (DUI), which has been SDSM's coalition partner so far. The ethnic Albanian party won 15 seats in the elections.

Two other ethnic Albanian parties entered parliament - the Alliance for the Albanians with 12 seats and Democratic Party of Albanians (DPA) with one mandate.

The elections also saw the entry into parliament of the new left-wing Levica party, which took two seats.