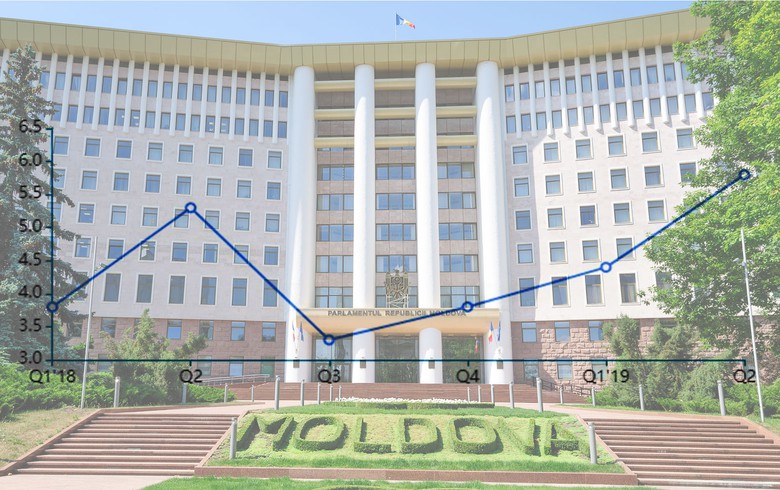 CHISINAU (Moldova), September 16 (SeeNews) - Moldova's economy expanded by 5.8% year-on-year in real terms in the second quarter of 2019, with wholesale and retail the main growth drivers, the country's statistical office said on Monday.

The gross value added in the economy rose by 6.6% on the year, mainly boosted by construction and retail.

Exports rose by an annual 1.2%, while imports increased 3.2% in the second quarter.