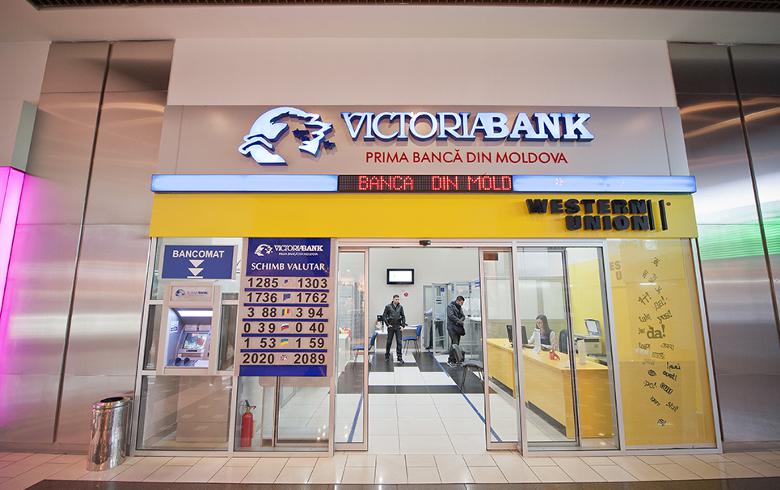 CHISINAU (Moldova), July 4 (SeeNews) - The European Bank for Reconstruction and Development (EBRD) said that it has authorized the complete takeover of Moldova’s third-largest lender Victoriabank in an unprecedented decision, local media reported.

"Through an unprecedented decision, the EBRD Board, representing 65 governments, the EU and European Investment Bank, has authorized the purchase of up to 100% of the shares Victoriabank," EBRD's director of financial Institutions for the Western Balkans, Belarus, Moldova and Ukraine, Henry Russell, said in an interview for Moldovan business magazine Profit.

However, Russell emphasized that before taking new actions, it is necessary to conduct a thorough assessment - due diligence, to determine the exact amount of shares to be bought. Also, for the takeover to take place, the bank needs to have a functional management board which should negotiate with the existing shareholders.

Currently, EBRD holds 27.56% of Victoriabank, a Cyprus-based company named Insidown Ltd holds 39.2%, while the rest is owned by five individuals with stakes varying from 1.01% to 10.45%.

In June, the EBRD bought a 12.5% stake in Victoriabank for 6 million euro ($6.7 million) from Alpha Bank Romania.

The stake was bought at a price of 42 Moldovan lei ($2.1/1.92 euro) per share, or half the book value. It is owned by a special purpose vehicle, VB Investment Holding, located outside Moldova, owned and controlled by the EBRD.

The EBRD has been seeking a majority stake in Victoriabank for more than a year now, following the suspension of the bank's supervisory board by court orders in September 2014, which created a situation where shareholders, including the EBRD, could not exercise influence over Victoriabank’s corporate governance.

In January 2015, the EBRD received regulatory approval to acquire up to 50% of the shares of Victoriabank.

In June, Infotag.md, quoting a source close to the transaction, reported that two management board members at Victoriabank - Galina Proidisvet, who owns a 13.81% stake and Victor Turcan with a 10.45% stake - are likely to sell their stakes to the EBRD.

A new seven-member board voted in at Victoriabank's October 2015 extraordinary shareholders meeting, initiated by the EBRD, remains non-functional as three elected board members have not submitted the required documentation for approval by the central bank.

The EBRD invested in Victoriabank in 1995, alongside the bank’s founders. In 2006, the control of the lender's supervisory board passed to non-transparent shareholders, unacceptable to the EBRD.

Lack of shareholder transparency remains a major concern for the Moldovan banking sector and has negative implications for investment and the country’s financial stability, the EBRD noted.

The EBRD – previously a major lender to the Moldovan banking system – has refrained from any new business with banks owned by non-transparent shareholders, lowering its financing to the sector from over 40 million euro in 2010 to just 12.5 million euro in 2015.