You have 3 free articles left this month. Get your free Basic subscription now and gain instant access to more.
Bulgaria Press Release

THE GHOST IS HERE: a multi-dimensional exhibition opens in Bulgaria 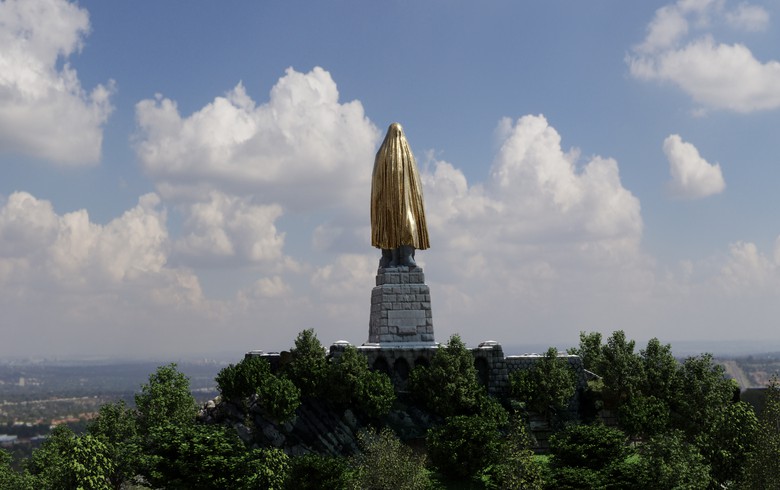 Looking back to see the future: French artist Mitch Brezounek digitally transforms Soviet monuments from an ever-present past

On September 9, 2022, the City Gallery Of Fine Arts (2019 Exhibition Hall) in Plovdiv, Bulgaria (European Capital of Culture 2019) will present the exhibition THE GHOST IS HERE by the French artist Mitch Brezounek.

Through virtual interventions and by blending history, visual art, reality, and fiction, the author is inviting us to reflect on Europe’s past and reimagine its present. In his exhibition THE GHOST IS HERE, Mitch Brezounek will digitally reconceptualize 12 Soviet monuments on EU territory, challenge their perception and question the messages they carry. THE GHOST IS HERE exhibition is created with a dual purpose: to provoke dialogue by entwining art and historical facts, and to generate funds to support the art scene in Ukraine & Bulgaria.

With the exhibition opening on September 9, the first NFT work from a collection of 12, will be released. From that moment on, every week until November 9, a new 3D NFT video artwork will be released on the GHOST Project website, available for purchase by the public. 70% of the proceeds, generated by the NFT sales, will be dedicated to Ukrainian artists and cultural events in Ukraine, as well as to the independent art scene in Bulgaria.

THE GHOST IS HERE exhibition is part of the Plovdiv-based artist’s larger art project - GHOST, inspired by the collision between former Soviet domination in Bulgaria and the country’s current vision for the future.

The exhibition’s centerpiece represents a real-size 3D video work, portraying the Alyosha Soviet monument in the city of Plovdiv, reimagined as a giant ghost, alongside 11 more 3D works recreating various Red Army monuments in other Bulgarian cities. The crowning component of the exhibition is a three-dimensional digital map that frames the artist's idea and unifies all the elements. The map metaphorically represents the two "faces" of Bulgaria. On one side, the map reflects the strategic locations of Soviet army monuments and their hidden messages. On the other side, with the 12 stars on the EU flag placed on the same locations, the map reflects the present - Bulgaria's membership in the Union. It is by bringing these two conflicting mindsets together, that the artist enables us to reflect on the past and the present.

As a continuation of the exhibition, a physical transformation of the Alyosha monument in Plovdiv into a giant ghost figure will take place. The artistic intervention is planned to be realized in the springtime of 2023.

"Each of the artistically-recreated monuments tells its own story. Hopefully, these stories will inspire us all to look at our collective history from a different perspective. Can we learn from the missteps of the past and shape a better future? Can we find constructive ways to talk about the ever-present past? The ghost is here to remind us that history repeats itself. "

THE GHOST IS HERE exhibition can be seen in the City Gallery Of Fine Arts (2019 Exhibition Hall) in Plovdiv, Bulgaria (European Capital of Culture 2019) between September 9-12, 2022.

The exhibition will be further developed in other digital formats, such as VR and AR, and presented in other countries in Europe and around the world.