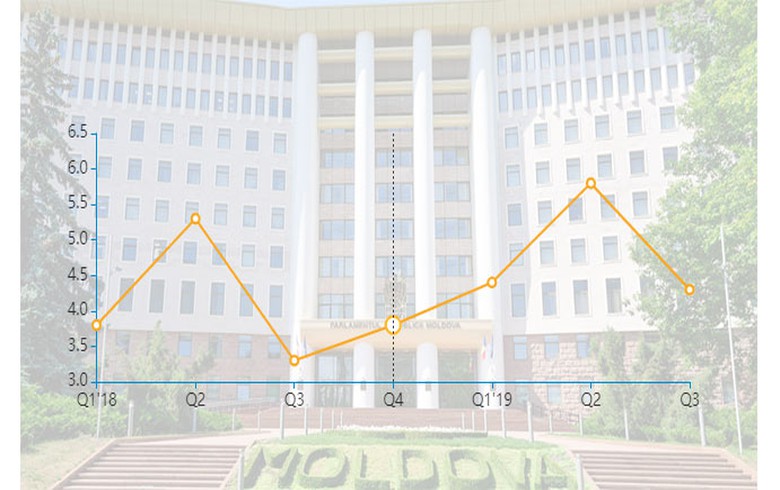 CHISINAU (Moldova), January 9 (SeeNews) - The World Bank said that it is keeping unchanged its June forecast for Moldova's economic growth in 2020 at 3.6%.

Moldova's economy expanded by an estimated 3.6% last year, up from 3.4% expected in June, the World Bank said in its January 2020 Global Economic Prospects report published on Wednesday.

The growth of Moldova's economy in 2021 is forecast at 3.8%, according to the report.

The World Bank's forecast for 2020 is lower than the expectations of Moldova's government. In December, Moldova's parliament adopted the 2020 budget targeting economic growth of 3.8% and budget deficit equivalent to 3.25% of GDP.