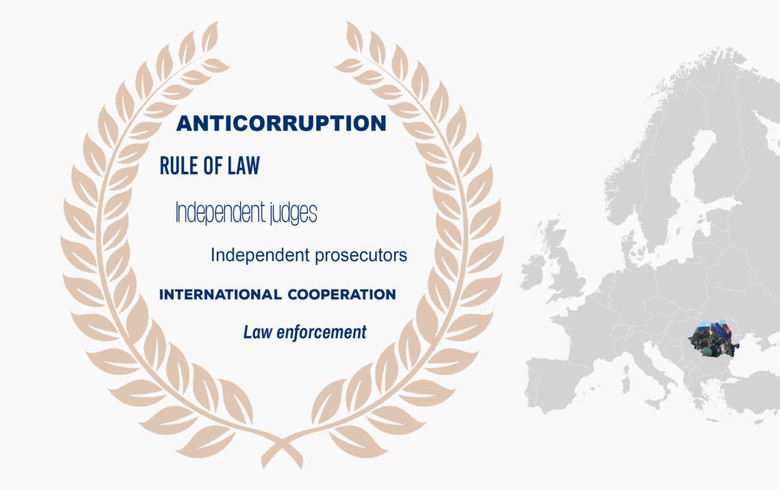 BUCHAREST (Romania), June 28 (SeeNews) - Twelve western nations on Thursday urged Romania not to adopt laws that could undermine the rule of law and weaken the fight against corruption.

"We, Romania’s international partners and allies, call on all parties involved in amending Romania’s criminal and criminal procedure codes to avoid changes that would weaken the rule of law or Romania’s ability to fight crime or corruption," reads a joint letter published simultaneously on twelve embassies websites. The countries that signed the statement are Belgium, Canada, Denmark, Finland, France, Germany, Luxembourg, the Netherlands, Norway, Sweden, Switzerland, and the United States.

Romania has shown considerable progress in combatting corruption and building effective rule of law and should continue on this path, the statement  reads.

The countries recalled the European Council conclusions on the Cooperation and Verification Mechanism of December 2017, calling on Romania to focus its efforts on further consolidating the progress made, avoid taking any steps backwards, and safeguard the independence of judges and prosecutors.

"We are following closely the changes to the criminal codes and remain concerned that several are likely to impede international law enforcement cooperation and negatively impact the fight against violent crime, transnational organized crime, financial crimes, and drug and human trafficking.  We encourage all parties involved to reconsider feedback provided by domestic legal experts such as the Superior Council of Magistracy, and to seek support from international legal experts such as the Group of States Against Corruption and the Venice Commission."

Romania received similar warnings in December last year from seven EU member states which called on Romania's ruling leftist coalition to refrain from any action resulting in weakening of the independence of the judiciary and of the fight against corruption.

The amendments, which critics see as an attempt to shield criminals and backtrack on the fight against corruption were adopted with 175 votes for, 78 votes against, as well as one abstention.

Following the vote, some 14,000 people gathered in front of the government headquarters protesting against the new legislation. Another 5,000 people marched peacefully in the citites of Iasi, Cluj, Timisoara, Brasov, Sibiu and Bacau, local media reported.