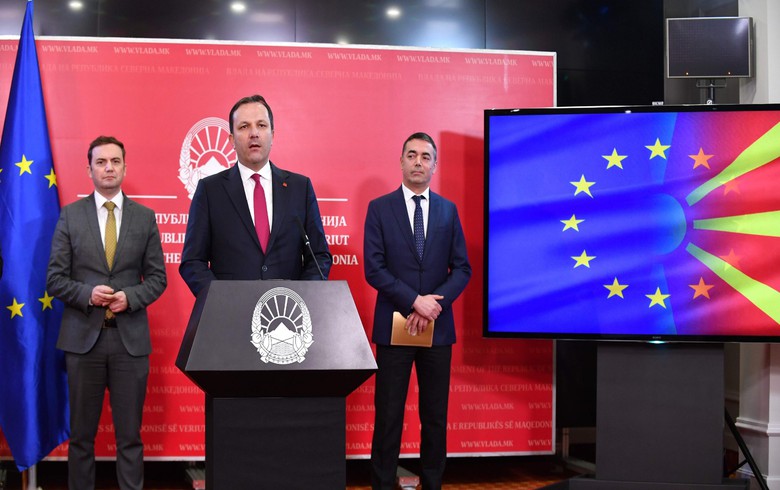 "I wholeheartedly congratulate both countries. This also sends a loud and clear message to Western Balkans: your future is in EU,"  Varhelyi said on Twitter.

"We are becoming a country that is negotiating to become a member of the European Union and which in the following period will have to go through a national and social transformation, just as all current EU members have gone through," North Macedonia's prime minister, Oliver Spasovski, said in a press conference streamed on the government's YouTube channel.

"The European Commission received the green light to start creating the so-called negotiating framework for the country, after which the first intergovernmental conference will be organised, which will mark the official start of negotiations," deputy prime minister for European affairs, Bujar Osmani, told the press conference.

Greece had blocked North Macedonia’s attempts to join the EU for 27 years over the country's name. According to Greece, the previous name - Republic of Macedonia - implied territorial claims on the Greek northernmost province of the same name. In June 2018 the governments in Skopje and Athens signed an agreement under whose terms the former Yugoslav republic was renamed to North Macedonia.