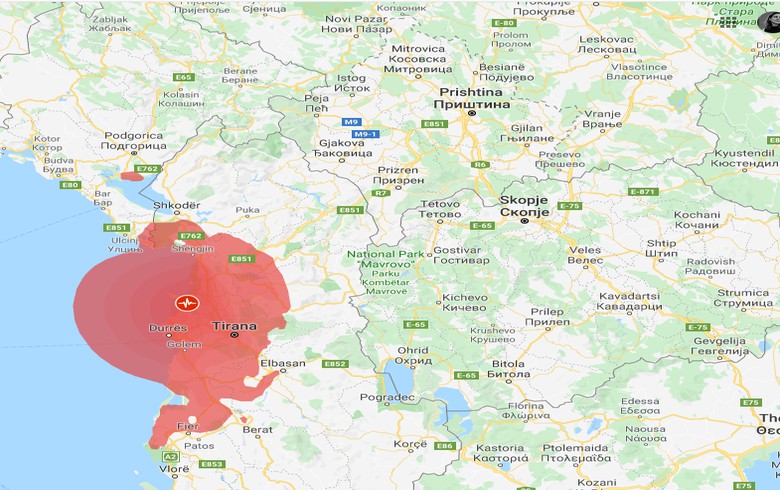 TIRANA (Albania), November 26 (SeeNews) – The death toll from Tuesday's earthquake of 6.3 magnitude in Albania has reached 18 as of 1655 CET, local media reported.

More than 600 people have sought medical treatment in hospitals.

The epicenter was 10 kilometers northwest of the town of Shijak, between the port city of Durres and the capital Tirana, at a shallow depth of 10 kilometers, defence minister Olta Xhacka said earlier in the day in a video file posted on Facebook by the prime minister office.

The powerful earthquake was the second to strike Albania in two months and was felt along the Adriatic coast.