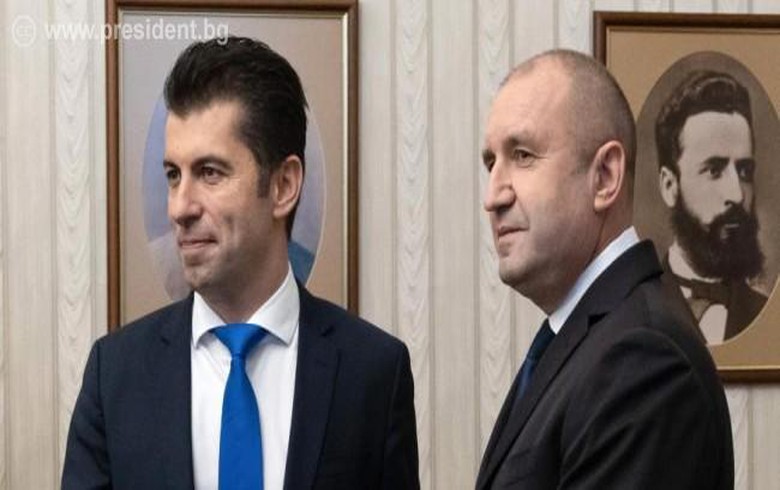 SOFIA (Bulgaria), December 11 (SeeNews) - Kiril Petkov, leader of Bulgaria's We Continue the Change, winner of November's snap vote, unveiled on Saturday the lineup of a coalition cabinet made up of four political formations, pledging to dismantle corruption and speed up the country's economic recovery.

"The motto of the future government will be zero tolerance to corruption," Petkov said after receiving a mandate to form government from president Rumen Radev earlier in the day. The meeting was streamed live by state-run public broadcaster BNT.

The proposed coalition government headed by Petkov comprises ministers from We Continue the Change, as well as representatives of the Bulgarian Socialist Party, populist formation There Is Such a People (TISP) and the anti-status quo, pro-reform Democratic Bulgaria coalition. The four formations hold a majority in the 240-seat parliament.

The cabinet features several ministers of the caretaker government appointed by Radev, which has been running the country since inconclusive regular general election in April, including Petkov himself and finance minister Assen Vassilev. Caretaker prime minister Stefan Yanev will serve as defence minister in the new cabinet.

BSP leader Kornelia Ninova is nominated as economy and industry minister. Aleksandar Nikolov of TISP will head the energy ministry, while Teodora Genchovska, also from TISP, will be in charge of foreign affairs.

The future government will have a hundred days to achieve meaningful results in the fight against corruption, its most important task, Radev told Petkov upon handing him the mandate to form government.

"You and the partner parties have the responsibility to take down the vicious model of governance imposed by the 12-year vicious authoritarian rule, and throw out the puppeteers," Radev said.

The new government will also have to urgently move forth with the country's recovery and resilience plan worth 12.9 billion levs ($7.5 billion/6.6 billion euro), which the European Commission returned for futher consideration last week. The Commission singled out the rule of law and a comprehensive overaul of the energy as some of the problematic areas.

Parliament is expected to vote on the cabinet lineup on Monday.