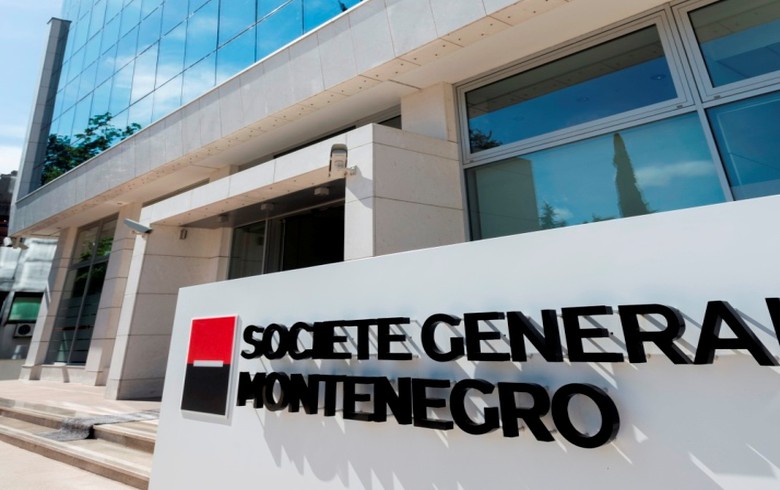 SOFIA (Bulgaria), March 1 (SeeNews) - French lender Societe Generale exits Southeast Europe (SEE), as its Hungarian peer OTP Bank expands its foothold in the region; opposition pro-Russian Socialist Party wins most of the votes in Moldova's general election but falls short of absolute majority, and Bosnia's biggest power supplier signs a 69 million euro contract for wind turbines with Siemens Gamesa - these are some of the most interesting developments unfolding in SEE this week.

French lender Societe Generale has agreed to sell its bank in Montenegro to Hungarian peer OTP Bank, and its North Macedonian unit Ohridska Banka [MSE:OHB] to Austria'a Steiermaerkische Sparkasse, it said on Thursday.

By exiting Eastern Europe, Societe Generale aims to lift its profitability, it said in a statement.

In North Macedonia, Societe Generale agreed to sell its 74.53% stake in Ohridska Banka for 2.42 billion denars ($44.9 million/39.4 million euro), or 6,298.79 denars per share, Ohridska Bank said in a filing to the Macedonian Stock Exchange.

The transaction is subject to approval from the North Macedonian central bank.

In a separate statement on Thursday, OTP Bank said that it has agreed to acquire a 90.56% stake in Societe Generale banka Montenegro - the country's fourth largest lender.

Societe Generale did not disclose the value of the transactions in its own statement, but said that upon completion they would boost the group's core equity tier one (CET1) ratio by around two basis points and reduce the group's risk weighted assets by around 1.1 billion euro.

The transactions had a combined impact of 66 million euro, in the exceptional charge of 241 million euro published in Societe Generale's financial statement for 2018, the lender also said.

Societe Generale Montenegro will soon be part of the collaboration agreement signed between SG and OTP Bank that includes the provision of mutual services in various fields, such as investment banking, financing cash, capital markets and liquidity management, the statement added. The collaboration agreement includes Hungary as it will soon have Croatia and Bulgaria. Albania, Moldova and Serbia on board, once the transactions areclosed.

“These transactions are in line with the divestment process already undertaken in the Balkan region. They confirm the group’s ability to execute its disposal plan in accordance with its roadmap and refocus its international retail banking activities on geographies where it has critical size and high potential for synergies," Philippe Heim, deputy CEO of Societe Generale Group, said.

Earlier this month, OTP Bank agreed to acquire an 87.85% stake in Moldova's Mobiasbanca from Societe Generale. Last year, Societe General agreed to sell it units in Bulgaria, Albania and Serbia to OTP Bank.

Bosnia's biggest power supplier EPBiH said it has signed a 69 million euro ($78.4 million) contract for supply of 15 wind turbines with a total capacity of 48 MW with Siemens Gamesa.

Pursuant to the contract, Siemens Gamesa will also build the future wind park at Podvelezje, near the southern city of Mostar, and will service and maintain the wind turbines for five years, EPBiH said in a statement on Tuesday.

The wind farm project is financed with the proceeds of a loan from German development bank KfW. The deadline for completion of the project is 21.5 months.

The construction of the wind farm will significantly increase the production of electricity from renewable energy sources at EPBiH, the company said. Estimated production totals some 130 GWh annually.

PSRM led with 31.28% of the votes, the Central Electoral Commission (CEC) said, based on ballots cast in 98.13% of polling stations in Sunday's election.

ACUM electoral bloc, formed by the pro-European Action and Solidarity Party (PAS) led by Maia Sandu and the Dignity and Truth Platform (PPDA) of Andrei Nastase, came second with 26.3%.

The Governing Democratic Party (PDM) led by Vlad Plahotniuc received 23.9% of the votes.

The fourth party which crossed the 6% threshold to enter the 101-seat parliament is Sor Party, led by businessman Ilan Sor, with 8.43%.

Voter turnout was 49.22% by 1900 CET on Sunday, when polling stations closed, according to the latest data available from CEC. Turnout in the previous general election, held in 2014, was almost 56%.

The February 24 vote was held under a new mixed system introduced in 2017 - 50 MPs will be elected on party lists and the remaining 51 will be elected in individual constituencies.