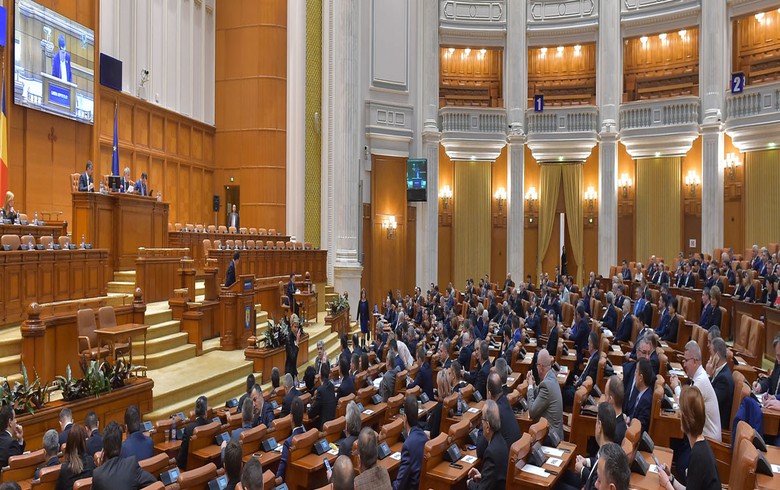 Earlier this week, a Bulgarian company signed a preliminary deal to buy a Moldovan bank, a 1.2 billion euro gas pipeline construction tender was suspended, and a bank account, to which millions of euro were transfered from Venezuela, was blocked.

Following are more details on these, and other interesting developments in SEE over the past week:

Romania's parliament approved on Friday the consolidated 2019 state budget, which projects economic growth of 5.5% and targets deficit equivalent to 2.76% of the gross domestic product (GDP).

The 2019 state budget was adopted with 275 votes in favour, 122 against and two abstentions, according to data posted on the website of the lower house, the Chamber of Deputies.

The governing coalition of the left-wing Social Democrat Party (PSD) and the centre-right Liberal-Democrat Alliance (ALDE) control among themselves 244 of the 465 seats in parliament.

Members of parliament from the opposition right-wing National Liberal Party (PNL) and the centre-right Save Romania Union (USR) and Popular Movement Party (PMP) voted against.

Also on Friday, the lower chamber of Romania's Parliament adopted an amendment raising the deficit target to 2.76% of the gross domestic product for 2019 from the previous target of 2.55% of GDP envisaged in the draft adopted last week.

Now, the budget needs to be endorsed by president Klaus Iohannis, who on Tuesday commented that it is 'based on unrealistic economic estimates'.

In 2018, Romania's consolidated budget deficit rose to 2.88% of the estimated GDP, the same as in the previous year and within the EU's 3.0% limit, data from the finance ministry showed.

Romania's economy expanded by 4.1% in 2018, compared to a growth rate of 7% in the previous year, flash data from the country's statistical board showed on Thursday.

Bulgaria's Doverie United Holding [BUL:5DOV] said that its wholly-owned unit Doverie-Invest has signed a preliminary agreement for the acquisition of 63.8865% interest in Moldova's Moldindconbank (MICB).

The signing of the agreement with Moldova's government gives Doverie-Invest the right to participate in a public tender for the acquisition of the 63.8865% stake in Moldindconbank, with the starting price set at 76.6 million levs ($44.1 million/39.2 million euro), Doverie United Holding said in a bourse filing on Wednesday.

"The investor expresses his interest in an appropriate period for Moldindconbank, after the BNM decided by law, on 18 January 2019, to extend for the last three-month period the sale deadline of the newly issued shares of this bank. Thus, the sale of the single share package in the amount of 63.89% of the bank’s share capital, will take place for the benefit of the bank’s activity and its further development," BNM said at the time.

This is not Doverie's first attempt to enter Moldova's banking market. In September 2017, the company also received the BNM's prior permission to acquire the share package of another Moldovan bank but "for objective reasons that transaction was not carried out", the central bank said.

BNM has been trying to sell this stake in MICB since April 2018, when it confiscated it from shareholders that operated in a non-transparent, coordinated way. In October, BNM's board decided to postpone for a further three months the sale of the stake.

Eleven commercial banks operated in Moldova as at the end of 2018. Moldindconbank ranked second in terms of profit - 530 million lei, up from 455.6 million lei in 2017.

Bulgaria's state-owned gas transmission system operator Bulgartransgaz said on Thursday it has suspended its tender for construction of a 484 km gas pipeline from compressor station Nova Provadia to the border with Serbia, worth an estimated 2.29 billion levs ($1.3 billion/1.2 billion euro), VAT excluded.

The procedure was suspended over a complaint filed with the Commission for Protection of Competition by local power plant equipment maintenance and repair services company Atomenergoremont, Bulgartransgaz said in a statement.

In its complaint, Atomenergoremont challenged Bulgartransgaz's clarifications on issues raised by persons interested in participating in the procedure.

Bulgartransgaz's clarifications cover 15 questions by interested parties, mainly related to how the contract will be financed and the payment time frame.

Tendering will be resumed if the competition regulator denies Atomenergoremont's request for suspension of the tender or if it rules in Bulgartransgaz' favor at the end of the proceedings.

Subsequently, Bulgartransgaz will have to extend the deadline for submitting offers, taking into consideration for how long the procedure was suspended.

The tender is part of a larger project for building new infrastructure for transit of natural gas to Europe through a branch of TurkStream pipeline that will cross Bulgaria, Serbia and Hungary.

At the end of last month, Bulgartransgaz successfully completed the binding Phase 3 of the economic test for the project.

Russia's Gazprom plans to build a string of its TurkStream pipeline for transit of gas to Europe from Turkey via Bulgaria, Serbia and Hungary. The TurkStream offshore gas pipeline, stretching 930 km across the Black Sea from Russia to Turkey, consists of two parallel strings with annual throughput capacity of 15.75 billion cubic metres of gas each. One string is intended for consumers in Turkey, while the second will carry gas to customers in Europe.

Bulgaria's State Agency for National Security has blocked an account with an unnamed local bank over suspicions of money laundering, after millions of euro were transfered to that account from Venezuela, chief prosecutor Sotir Tsatsarov said on Wednesday.

The account was opened legally, which means that the bank itself is not under suspicion, by a lawyer with several citizenships, including a Bulgarian one, Tsatsarov said during a press briefing, as heard in an audio file published by the Bulgarian National Radio.

The Bulgarian authorities acted on a tip-off by US ambassador Eric Rubin.

Several transfers, a number of which by Venezuelan state oil company Petroleos de Venezuela, were made to the account with the explanation that the money would be used for the purchase of food or that it would go to Venezuelan sport federations, Tsatsarov explained. Subsequently, part of the funds were transferred to accounts outside Bulgaria, he added.

When the full picture regarding the transfers, time frame, accounts from which the funds were transferred is clear, the prosecutor's office will decide whether to bring money laundering charges.

The central bank and the unnamed local bank are cooperating fully with the investigative authorities, Tsatsarov said.

According to other local news outlets, Tsatsarov described the lender as a "small bank with Bulgarian owners."

Yura Corporation, a South Korean manufacturer of cables and wiring for the automotive industry, will open its first manufacturing plant in Albania in 2019, the Albanian economy ministry said.

Yura plans to invest 6.5 million euro ($7.3 million) and hire 600 employees this year, to be followed by an additional investment of 13 million euro and expansion of the workforce to 1,100 employees in the coming years, the economy ministry said in a press release late on Wednesday.

Economy minister Anila Denaj signed an agreement with Yura's representative Lukas Nam to lease out to the company some 4.9 hectares of land near the southwestern city of Fier for one euro. Yura’s long-term plans envisage the opening of two other factories employing a total of 4,000 people, according to the press release.

Yura operates in 12 countries around the world, with 60 factories in the manufacturing of automotive electrical and electronic components including wiring harness and electronic control modules.