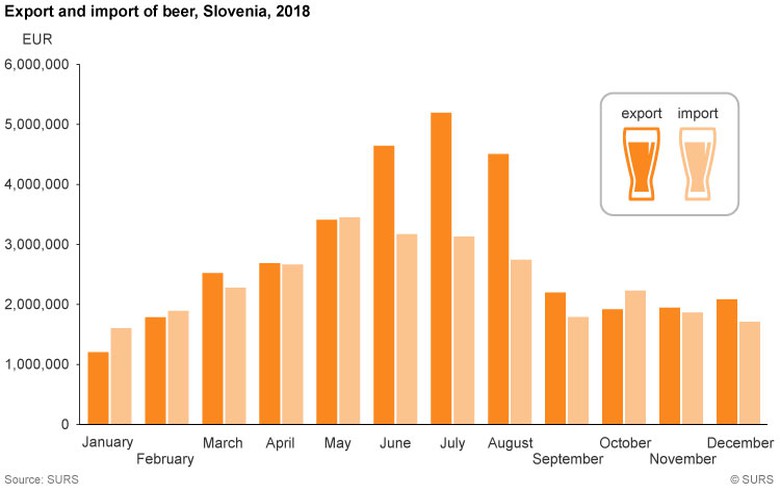 The largest export markets for Slovenian beer last year were Croatia (30%), Italy (21%) and Bosnia (19%), while imports came mainly from Austria (40%), Croatia (19%) and the Czech Republic (10%), the statistical office said in a statement on Thursday.

Slovenia thus ranked the third largest hops producer in the EU, after Germany and the Czech Republic, the statement said.

Ljubljana-based Pivovarna Lasko Union, which is 100%-owned by Heineken, is the largest brewer in the country.