Sinopharm vaccine factory to open in Serbia by end-2021 - govt 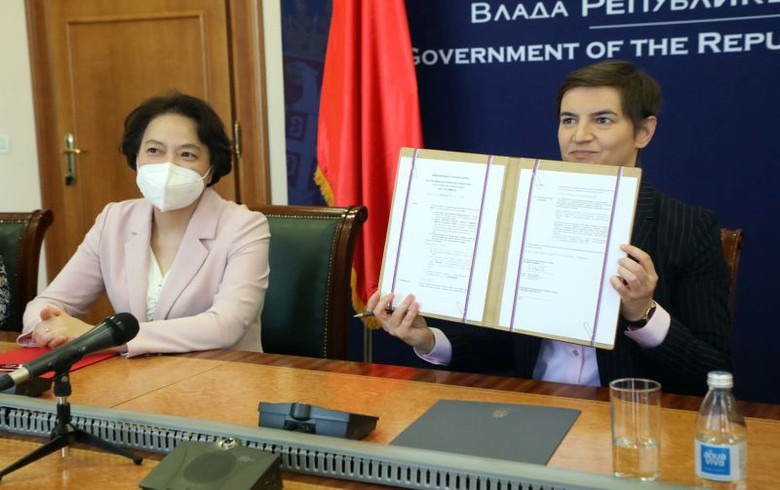 BELGRADE (Serbia), July 13 (SeeNews) - The construction of a factory for China's Sinopharm COVID-19 vaccines in Serbia is scheduled to be completed by the end of 2021, the Serbian government said.

The government has signed a memorandum of understanding (MoU) with partners from China and the United Arab Emirates (UAE) for the construction of the factory, prime minister Ana Brnabic said, as quoted in a government statement on Monday.

Serbia intends to have 10 million doses of the vaccine filled in the factory by the end of the year, after which production will begin, Brnabic said.

In March, Serbia's deputy prime minister Branislav Nedimovic said the country hopes to produce 24 million doses of the COVID-19 vaccine, enough to meet its internal needs and the demand of all of its neighbours. The factory will be built by Chinese and UAE companies, whereas Serbia will contribute the land plot but will not provide any subsidies, Nedimovic said back then.

Serbia started the serial production of Russia's Sputnik V vaccine at the Torlak immunology institute in Belgrade in June. The institute will produce four million doses of the Russian vaccine within four to six months, the government said last month.