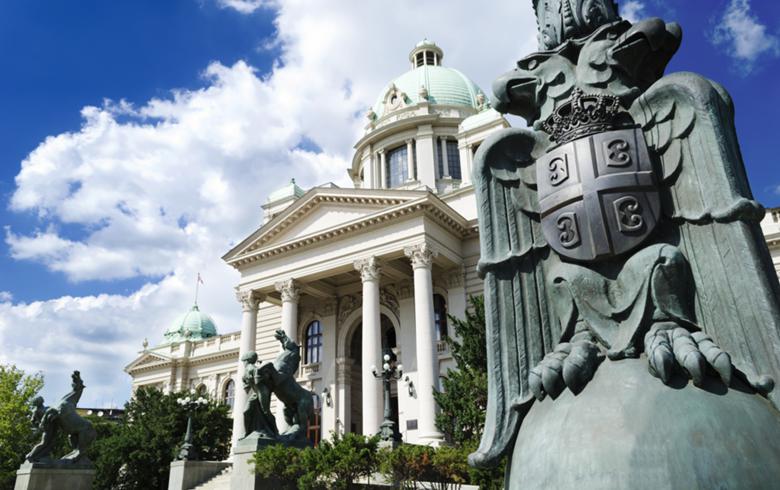 BELGRADE (Serbia), April 25 (SeeNews) - Serbia's parliament has adopted a law for the conversion of Swiss franc-indexed loans into euro loans to ensure their repayment, the government said on Thursday.

The new legislation represents a mutually acceptable solution for debtors, banks and the state because it will cap the interest rate on the loans, thus reducing to the minimum the risk of non-payment of the outstanding amount of debt, the government quoted finance minister Sinisa Mali as saying in a statement.

The law stipulates that after the conversion, the amount of the Swiss franc-indexed liabilities will be reduced by 38% and they will carry an interest rate of up to 3.4% plus three-month or six-month EURIBOR for variable-rate loans and up to 4% for fixed-rate loans.

Serbia's government will assume 15 percentage points of the 38% debt waiver, while the remainder will be incurred by banks.

Banks will be obliged to propose a conversion contract to customers with Swiss franc-denominated loans within a period of 30 days after the adoption of the law. Customers, in turn, will have 30 days to notify banks if they accept the proposed conditions.

The monthly payments on Swiss franc-indexed loans with a total value of about 1.1 billion euro ($1.2 billion) of some 22,000 Serbian citizens jumped in 2015, when the Swiss National Bank suddenly eliminated the fixed exchange rate of the Swiss currency to the euro.