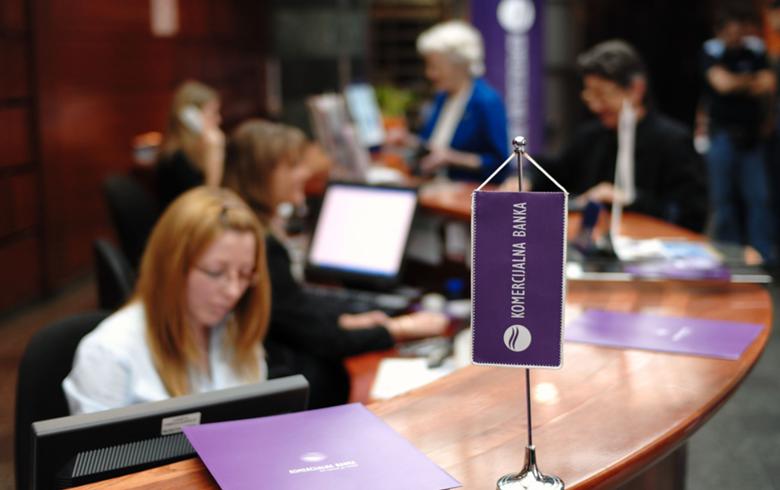 BELGRADE (Serbia), August 15 (SeeNews) - Serbian blue-chip lender Komercijalna Banka [BEL:KMBN], which the government is selling, said on Thursday its net profit rose 20% on the year to 4.3 billion dinars ($40.7 million/36.5 million euro) in the first half of 2019.

Return on assets (ROA) stood at 2.1% in June, unchanged in comparison with the end-December figure, while return on equity (ROE) edged up to 12.8% from 12.6% at the end of last year.

Shares of Komercijalna Banka traded 2.49% higher at 1,400 dinars on the Belgrade Stock Exchange by 13:50 CET on Thursday, after leading the blue-chip losers with a 2.43% drop on Wednesday.

In June, Serbia's finance ministry said that it had received six valid expressions of interest in the sale of Komercijalna Banka and invited qualified investors to take part in the next stage of the tendering process. In May, the finance ministry invited expressions of interest for the purchase of at least 50.1% shareholding interest in Komercijalna Banka, including the entire state-owned stake, which stood at 41.75% at the time. Meanwhile, the government has bought a 6.8% stake in Komercijalna from DEG and Swedfund for a total of 5.1 billion dinars on the Belgrade Stock Exchange, news agency Tanjug quoted finance ministry officials as saying in June.

Komercijalna Banka was the third largest lender in Serbia in terms of assets at the end of last year, behind Banca Intesa and UniCredit Bank Srbija, according to Serbian central bank figures.

Following are details of Komercijalna Banka's performance (in billions of dinars):