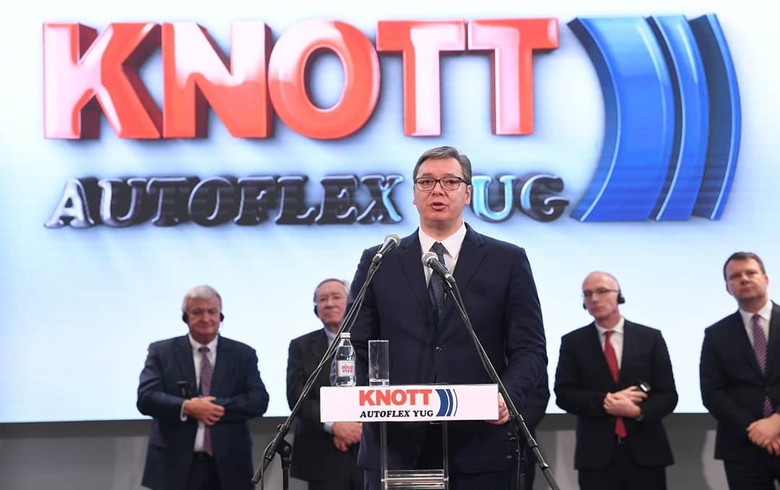 "It took a lot of effort and work for these people to invest 7.5 million euro ($8.4 million), to show their desire to improve their business, to employ more than 700 workers in Becej," Vucic said on Wednesday during the official ceremony for the opening of the unit, according to a press release issued by the president's office.

The new unit has allowed the company to open 65 jobs in Becej, in northern Serbia.

Knott is active in Serbia via three subsidiaries - Knott Autoflex Yug, Motorflex Remont and Autoflex, which operate a manufacturing complex spreading on 23,000 sq m in Becej.