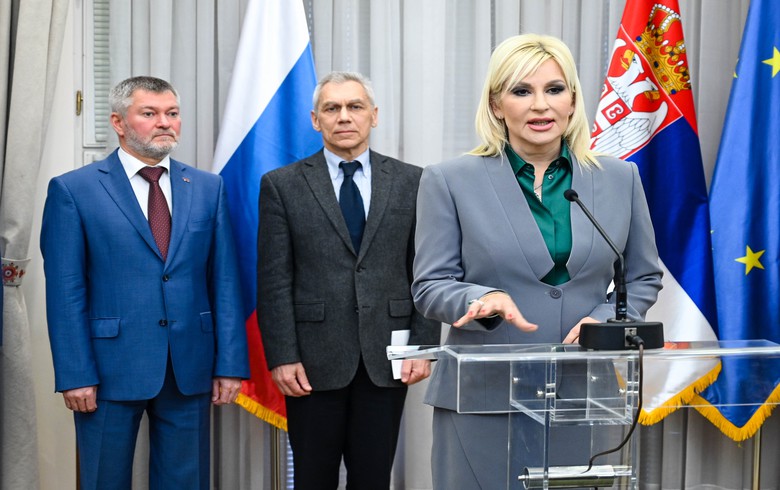 BELGRADE (Serbia), February 14 (SeeNews) - Serbia will sign a memorandum of understanding with Russian railway infrastructure engineering company RZD International for the reconstruction of a section of the railroad linking Belgrade to the Montenegrin port of Bar in April, infrastructure minister Zorana Mihajlovic has said.

The MoU for the overhaul of the Valjevo-Vrbnica section of the railway line will be signed during the visit of the RZD director general to Serbia in April when the company will start the construction of an Integrated Traffic Control Center (ITTC) in the country, Mihajlovic said in a statement on Thursday after a meeting with the deputy director general of the Russian group, Sergey Pavlov, in Belgrade.

"In addition to current projects, today we also discussed new activities, first of all the Bar railway line and the dispatch center. We have 1,500 workers at construction sites in Serbia and we are happy to share our knowledge and experience with our Serbian colleagues," Pavlov said.

The deal between Infrastruktura Zeleznice Srbije and the Russian company envisages the design and implementation of three projects - electrification of the Stara Pazova - Novi Sad railway section, ITTC construction, as well as continuing with the overhaul of the Belgrade-Bar railway.