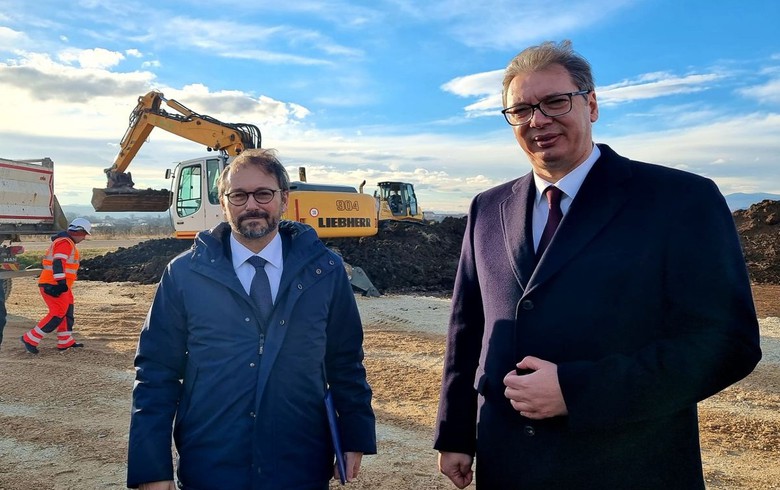 BELGRADE (Serbia), December 3 (SeeNews) - Serbia has started the construction of the Nis-Plocnik section of a motorway that will connect the city of Nis to Kosovo's Pristina on December 2, president Aleksandar Vucic said.

"The first 32.7 km of the road cost 226 million euro ($255 million), 40 million euro of which we received as a grant from the European Union," Vucic said at the groundbreaking ceremony, according to a press release issued by the President's Office.

The works on the Nis-Plocnik section will include the construction of bridges, interchange Merosina 1, overpasses, culverts, local roads and other ancillary works.

A total of 650 million euro will be invested in the construction of the part of the motorway that will link Nis to Merdare, Vucic said.

The construction of the motorway in Serbia is co-financed with a 100 million euro loan from the European Investment Bank (EIB), while the European Union is providing a 40.6 million euro investment grant as well as funding for project preparation through the Western Balkans Investment Framework (WBIF).