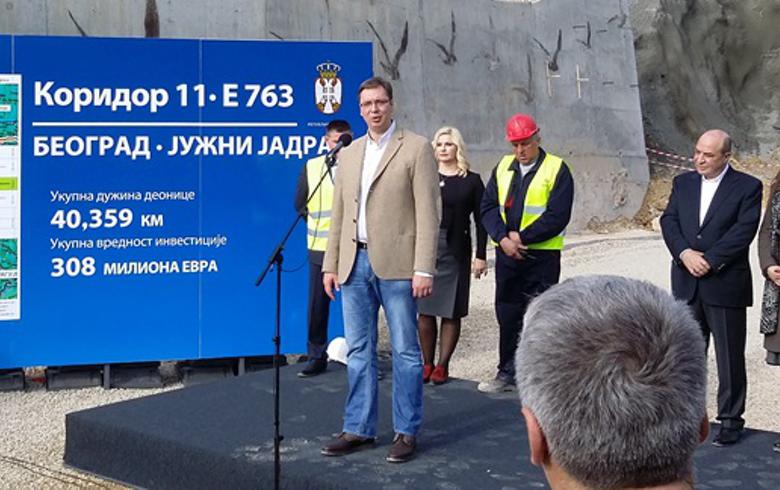 The construction of the Surcin-Obrenovac section of Corridor XI will be completed in December, according to a government press release published on Sunday.

The government also said it signed an agreement with China Communications Construction Company (CCCC) for the construction of the motorway section linking Surcin to Belgrade, as works will begin next year.

The Obrenovac - Ljig section will be 28.4 metres wide and will consist of 42 bridges and overpasses.

Serbia hired China's Shandong Hi-Speed Group (SDHS) in 2013 to build the Obrenovac-Ub and Lajkovac-Ljig sections of Corridor XI motorway, with a combined length of 50.2 km. The works were financed with the proceeds of a $334 million (301 million euro) loan from the Export-Import Bank of China.