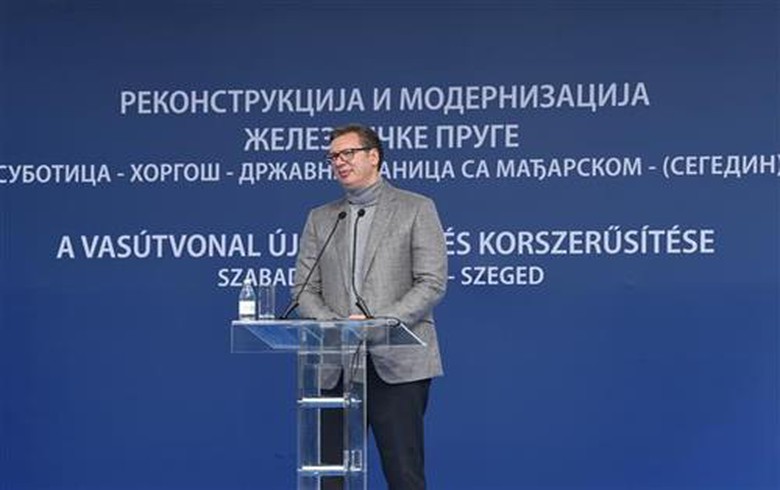 BELGRADE (Serbia), October 19 (SeeNews) - Serbia has launched a 10.2 billion dinars ($101 million/86.6 million euro) project for the reconstruction of its section of the railway line linking Subotica to Hungary's Szeged, the Serbian government said.

The reconstruction of the railway line will be carried out by a consortium comprising Russian company RZD International and Serbia's Karin Komerc and will be completed in November 2022, the government said in a statement on Monday.

The project envisages the overhaul of the 26.63 km-long railway for speeds of up to 120 km/h and its electrification, as well as the reconstruction of station buildings in Palic, Backi Vinogradi and Horgos and the Javno Skladiste and Hajdukovo stops, 13 level access roads and two underpasses. After the reconstruction, trains will travel between Subotica and Szeged at a speed of 120 km/h, so that the Subotica-Szeged journey will take 40 minutes.

Hungary plans to build additional sections of the railway line on its territory, linking Szeged to Hodmezovasarhely, Bekescsaba, and Baja. The line can also connect to the Belgrade-Budapest railway, which is being overhauled in the framework of the China-Central and Eastern European Countries (CEEC) cooperation initiative, the Serbian infrastructure ministry said in 2019.