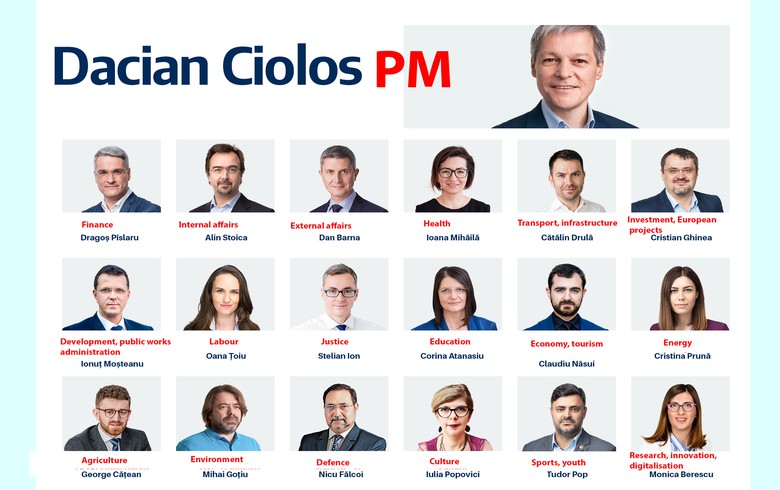 BUCHAREST (Romania), October 20 (SeeNews) - Romania's prime minister-designate and USR PLUS party leader Dacian Ciolos failed to win approval for his minority cabinet in parliament on Wednesday, the outcome of the vote showed.

Of 343 lawmakers present, 88 voted for the Ciolos minority government, according to the official results of the vote communicated by parliament. The voting was aired live by Romanian broadcasters.

In order to pass, the government needed to be backed by at least 234 members of the 466-seat parliament.

Some of the ministers who had been members of the former coalition cabinet comprising National Liberal Party (PNL), USR PLUS and Democratic Alliance of Hungarians in Romania (UDMR) were also on the minority government list proposed by Ciolos. On Tuesday, all proposed ministers failed to obtain a positive assessment during hearings by special parliamentary committees.

On October 11, Iohannis tasked Ciolos with forming a government after the Liberal cabinet led by Florin Citu lost a no-confidence vote in parliament requested by opposition left-wing Social Democrat Party (PSD) and backed by USR PLUS and far-right Alliance for the Union of Romanians (AUR)..