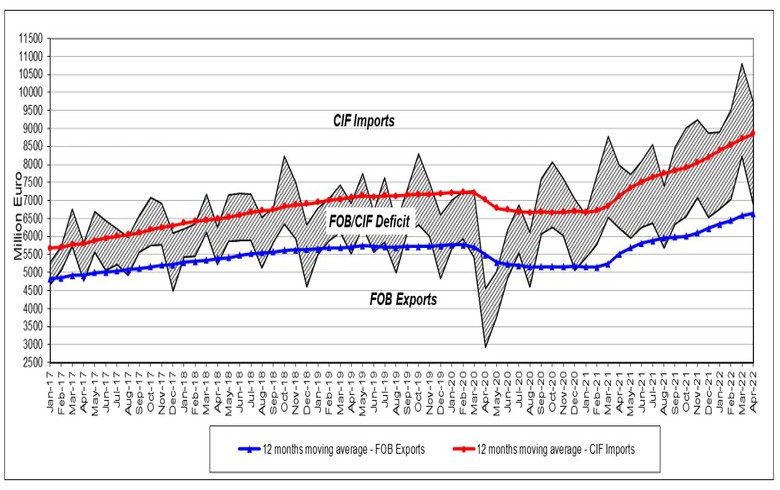 The European Union absorbed 73% of Romania’s exports in the aforementioned period, and accounted for 71.1% of the country’s total imports.

Machinery and transport equipment accounted for 42.6% of Romania’s exports and 32.5% of imports, while other manufactured goods made up 31.1% of exports and 29.7% of imports over the first four months of 2022.