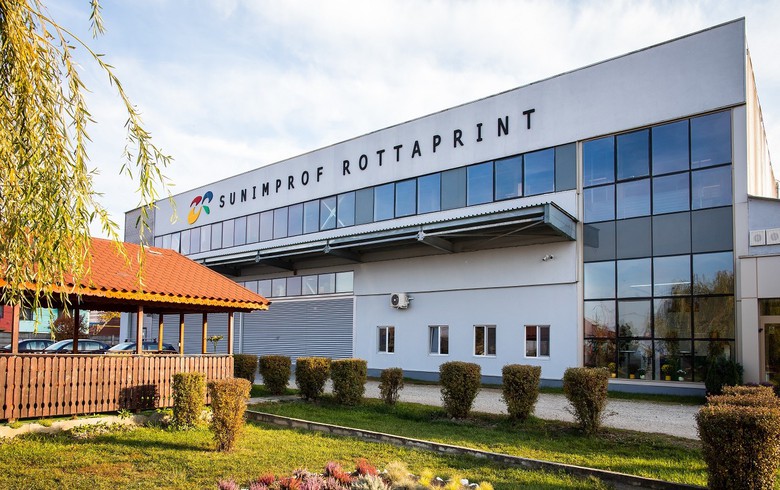 BUCHAREST (Romania), July 15 (SeeNews) - Romanian self-adhesive labels manufacturer Sunimprof Rottaprint said on Monday its turnover rose by 7% on the year to 11 million euro ($12.4 million) in the first half of 2019.

The company predicts a similar growth pace in the second half of the year, it said in a press release.

Sunimprof Rottaprint directed its investments in the first half of the year mainly to the development of infrastructure, by building and renovating offices and common-use areas at its headquarters in Apahida, Cluj county.

The company has also invested in new machines that facilitate the introduction of new products in its portfolio, such as anti-theft tags.

Investment in the development of the Apahida production centre as well as in a new finishing machine will continue until the end of the year.

The share of exports in total sales remained unchanged at 26% in the first half of the year, while the number of foreign customers increased by 21%, most of them coming from the food and chemical industries. At present, 23% of all customers are served by logistics centres in Germany and Hungary.

Sunimprof Rottaprint expects an increase of 30% and 10% of its customer base in Germany and Hungary, respectively, in 2019.

"This year, we will continue to expand our customer portfolio for the logistics centres in Germany and Hungary. We currently cover half of Hungary but we want to focus on in-depth market knowledge and diversification of the product portfolio," Sunimprof Rottaprint general manager, Cristi Nechita-Rotta, said.

Established in 1991 in Apahida, Sunimprof Rottaprint is the largest flexographic printing house producing self-adhesive labels in Romania. It has four logistics centers in Romania - in Timisoara, Brasov, Ilfov, Pascani, two logistics centres abroad - in Hungary and Germany, and employs 270.