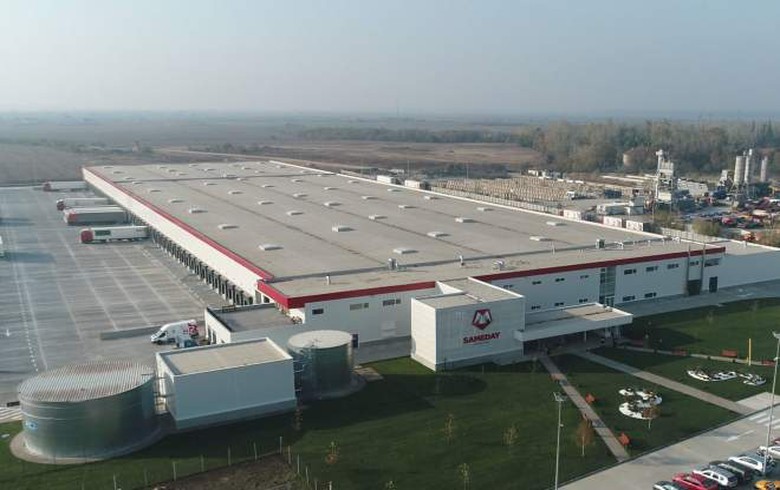 The logistics centre spreads on an area of ​​22,000 sq m and will use technologies that shorten up to three times the sorting times of shipments, thus streamlining processing and shipping flows, Sameday Courier said in a press release on Thursday.

Some 450 will work in the logistics centre.

The new facility will handle 80% of the total volume of Sameday's shipments at the national level, processing parcels sent by clients from Bucharest-Ilfov and from the southern part of the country. Every day, over 250 trucks will visit the logistics centre to load and unload shipments.

The logistics facility is equipped with two automatic sorting strips that can process together up to 25,000 packages per hour.

"We want to make things better, which is why we build a courier logistics system with a completely new vision for the Romanian market, a system where we put the recipient first when making decisions. A first step is the launch of the new logistics center," Sameday Courier CEO Lucian Balaru said.

Established in 2007, Sameday  delivers to over 7,000 locations and offers its customers easybox service, which includes over 200 lockers nationwide.

Apart from the Chitila center, Sameday shipments are processed in its Sibiu logistics hub.

In 2017, the eMAG online retailer became the majority shareholder of Sameday Courier.