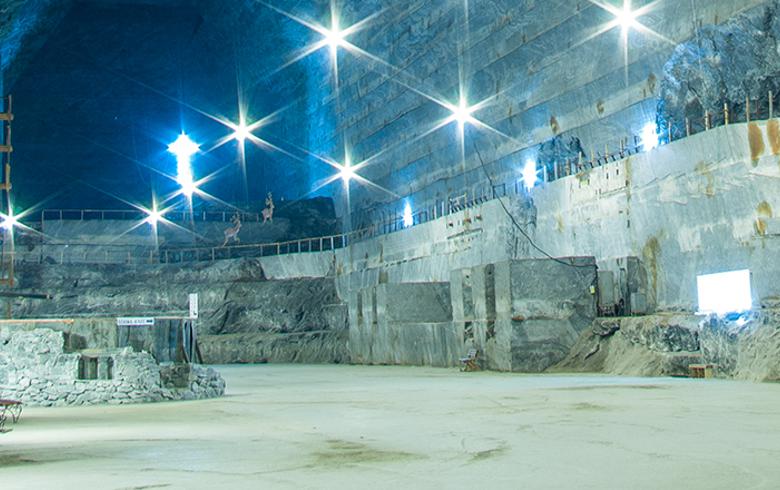 BUCHAREST (Romania), September 21 (SeeNews) - Romanian salt producer Salrom said on Wednesday it is investing an estimated 55.4 million lei ($11.3 million/ 11.2 million euro) in production upgrades in order to meet rising demand after a salt factory in Ukraine stopped operating because of the war there.

Salrom is spending some 18.9 million lei for an automated salt extraction combine that has already been lowered into the Praid mine and is to be put into operation soon, it said in a press release.

A similar combine will be purchased to be sent to Slanic Prahova mine.

The company will also allocate some 12.83 million lei for the modernization of transport networks, some 2.76 million lei for a new grinding flow at Ocna Dej mine, as well as a crusher at Prahova mine and a pulsating centrifuge at the mine in Cacica, each worth over 1 million lei.

"Salrom has filled in the space left by the closure of the factory in Donbas, Ukraine on the Central and Eastern European market and, along with exports, increased production for the domestic market, by over 100,000 tonnes compared to the previous years, which led to the doubling of revenues," the company said.

According to Ukrainian media reports, the Artemsil salt factory in Donbas, which extracts over 70% of the salt in the country, stopped operating in April due to heavy fighting in the region.

"We work in two, even three shifts, in order to be able to honor the contracts we've signed", Salrom director Dan Dobrea said.

Salrom, Romania's sole edible salt producer, was founded in 1997 by reorganising the former Regia Autonoma a Sarii Bucuresti in seven branches in the country. Its main products are rock salt solution, recrystallized salt and limestone. It employs some 1,500 in seven subsidiaries and production centres,

Investment fund Fondul Proprietatea, which owns 49% of Salrom, announced in July that it aims to list Salrom in the first half of 2023. The economy ministry owns 51% of Salrom.