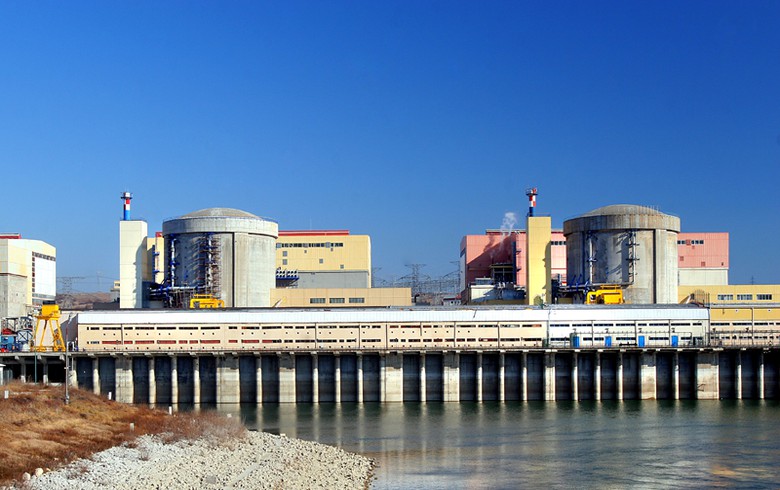 Units 1 and 2 of the Cernavoda nuclear power plant in Romania Source: Nuclearelectrica

BUCHAREST (Romania), August 10 (SeeNews) - Nuclearelectrica [BSE:SNN], the operator of Romania's sole nuclear power plant (NPP) Cernavoda, said on Wednesday that it will reduce power at one of its two 700 MW units by a quarter on the night of August 9 for maintenance works.

The power reduction of Cernavoda NPP Unit 1 is necessary to carry out some works to remove the algae accumulated in the condenser area, in the classical part of the plant, Nuclearelectrica said in a statement.

The power reduction and the algae removal works are carried out in accordance with the specific procedures of Cernavoda NPP and have no impact on personnel, nuclear safety, environment and population, Nuclearelectrica said. Cernavoda NPP Unit 1 will return to nominal power after the works to remove the accumulated algae are completed.

The Cernavoda NPP, located in southeastern Romania, has two reactors of 700 megawatts each. Its output cover around a fifth of the country's electricity needs.