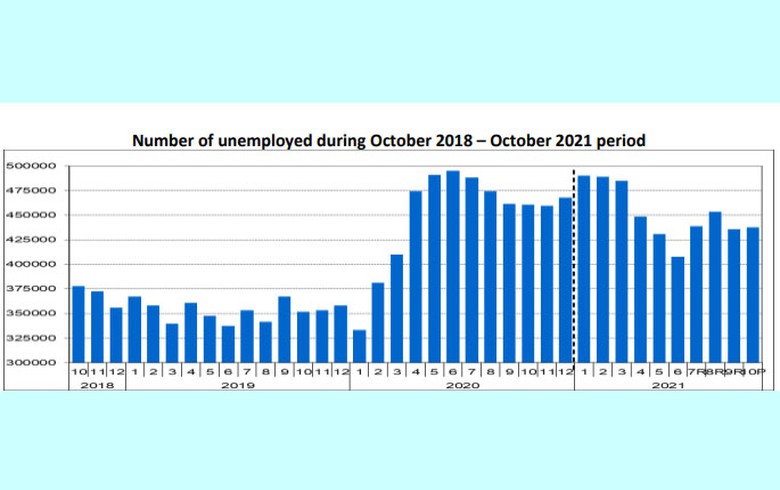 On an annual comparison basis, Romania's jobless rate was 0.2 percentage points higher in October 2021, INS said in a statement.

The statistics office revised the unemployment rate for September to 5.3% from 5%.

Romania's workforce is estimated at about 9 million out of a population of some 19.5 million.