Romania's jobless rate edges down at 5.4% m/m in May 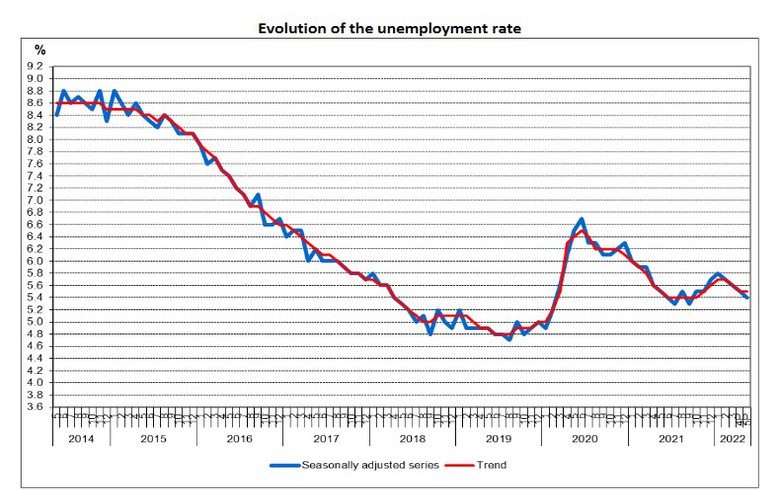 On an annual comparison basis, Romania's jobless rate was 0.1 pp lower in May, INS said in a statement.

The jobless rate among women was 4.6% versus 6% among men.

Romania's workforce is estimated at about 9 million out of a population of some 19.3 million.