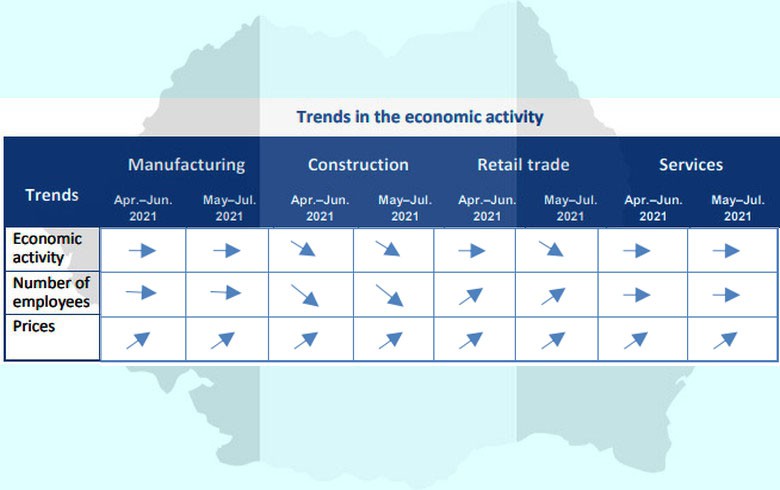 BUCHAREST (Romania), January 28 (SeeNews) - Company managers in Romanian construction and retail sectors expect a drop in their business in the next three months, while a relative stability is forecast in manufacturing and services, the National Statistical Office (INS) said on Friday.

Construction companies expect a moderate drop in their production volumes in the next three months, with a negative balance of 6%, INS said in a monthly business sentiment survey.

The managers of companies operating in the manufacturing industry expect a relative stability in production volumes, with a positive 1% balance, during the next three months.

Demand for services is expected to be stable in the next three months, showing a positive balance of 2%, according to the survey. Also, a relative stability in the number of employees is forecast, with a negative balance of 2%. Most of the interviewed managers in the sector expect that prices in services will grow in the following three months, with the balance here being 23%.

A total of 8,987 managers of Romania-based companies operating in construction, manufacturing, retail and services were interviewed in the survey.

In December, business sentiment was negative in construction and stable in retail, services and manufacturing, according to earlier INS data.