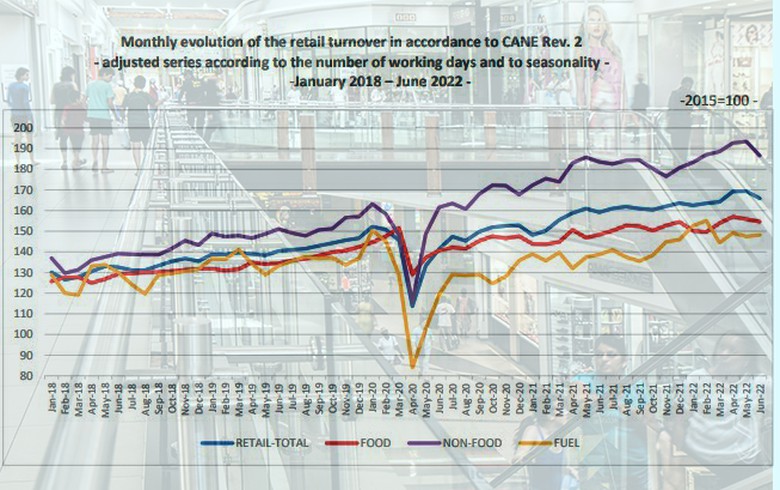 Also on an adjusted basis, sales of food, beverages and tobacco rose by an annual 4.9%, non-food sales increased 5.4% and sales of fuels were up 9% compared to the like period of 2021, INS said in a statement.

Based on unadjusted data, retail sales climbed 5.2% on the year in the first half of 2022.

The figures do not include trade in motor vehicles and motorcycles.

According to an analysis by Erste published on Wednesday, consumers began to cut spending amidst high inflation, with non-food items being affected the most. "We see retail sales slowing down to +5.0% in 2022 vs +10.1% in 2021," Erste said in an e-mailed note.

Analysts also point out that retail confidence was still bright in July and new consumer loans in lei were close to all-time highs in June, but noted that these positive developments seem fragile in the current environment. "Subdued real wage growth and rising interest rates could dampen the growth rate of retail sales in the months to come," Erste added.